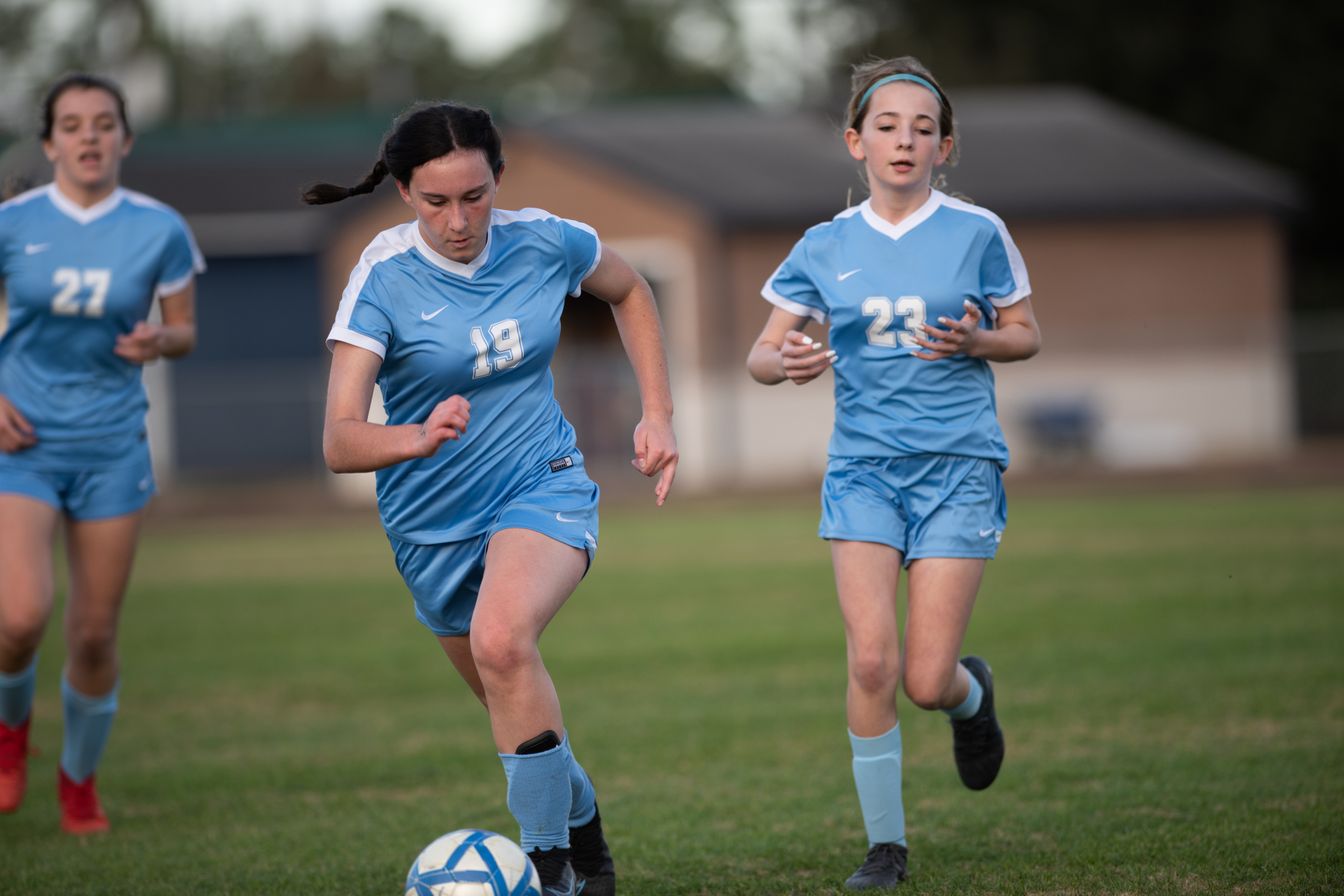 What a wonderful season the Lady Warriors middle school soccer team had!

The season began with the Lady Warriors losing the season opening game. The Warriors put this first game behind them with dignity, dedication, poise and hard work. They finished the season with a record of 9-2-2, winning all of their district games and securing first place in the district and a place in the championship game.

The Warriors played the remainder of the game as if the score was 0-0, winning the district championship with a final score of 1-0.