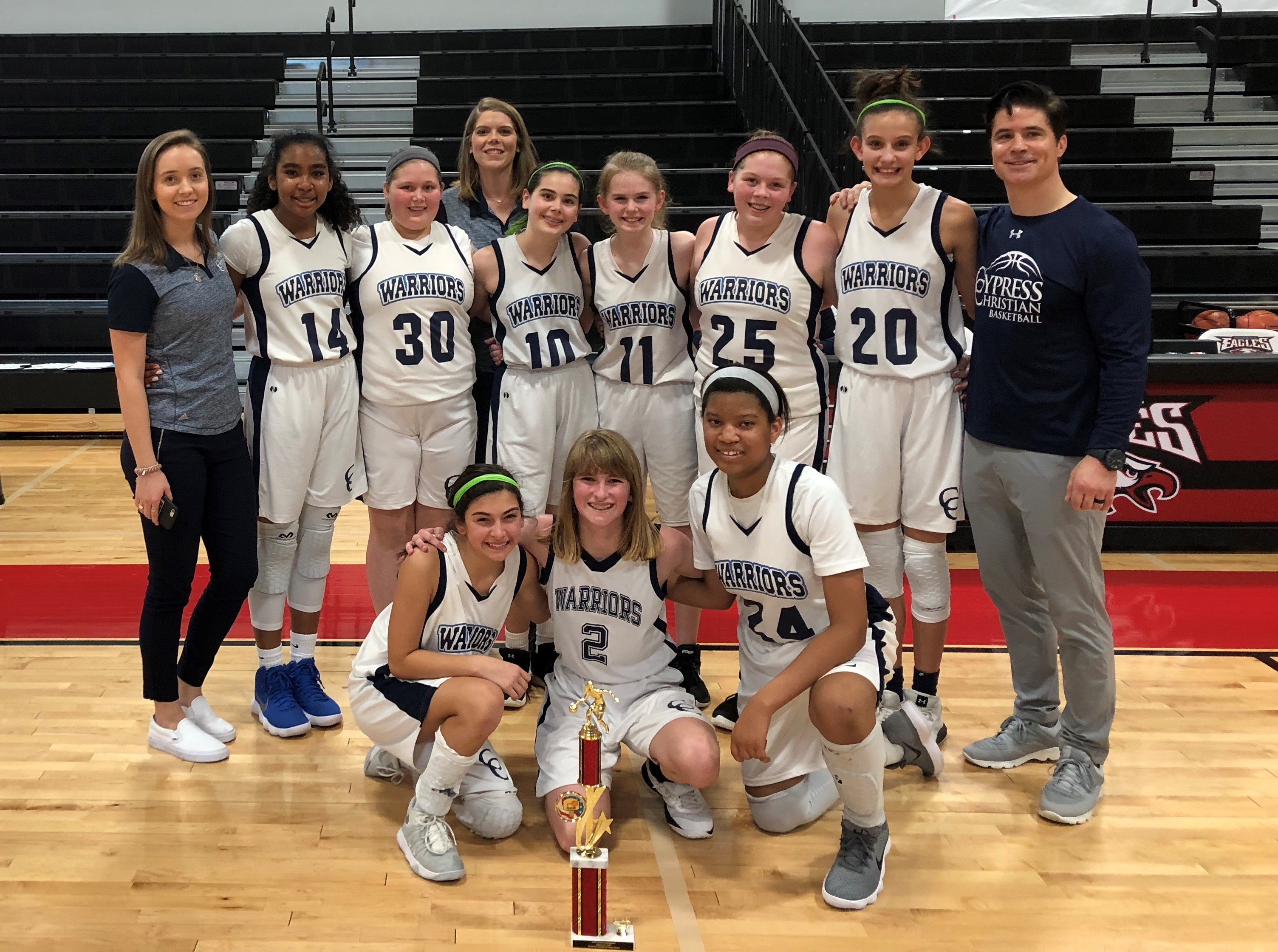 The A team battled hard in the final game of the tournament to beat Rosehill 26-19. The A team girls, led by Head Coach Jeff Wanic, brought home the first place title and trophy for HAPS Division I girls. For most of the season, the A team dominated the boards but could never seem to get ahead of Rosehill until that final game. Not only did the team work hard this season, but they overcame the odds of being a young team with only one eighth-grader.

The B team, led by Head Coach Jenn Tate and Assistant Coach Megan Austin, took second place in the HAPS Division II tournament by beating Legacy Prep 14-12 but lost to Rosehill in the final game. This year’s B team was a young team comprised of all sixth graders in a field of older teams. They proved their depth of character by staying in every game and battling until the end.

The dedication of the players, their coaches and parents contributed to successful and fun seasons for the girls on both teams.