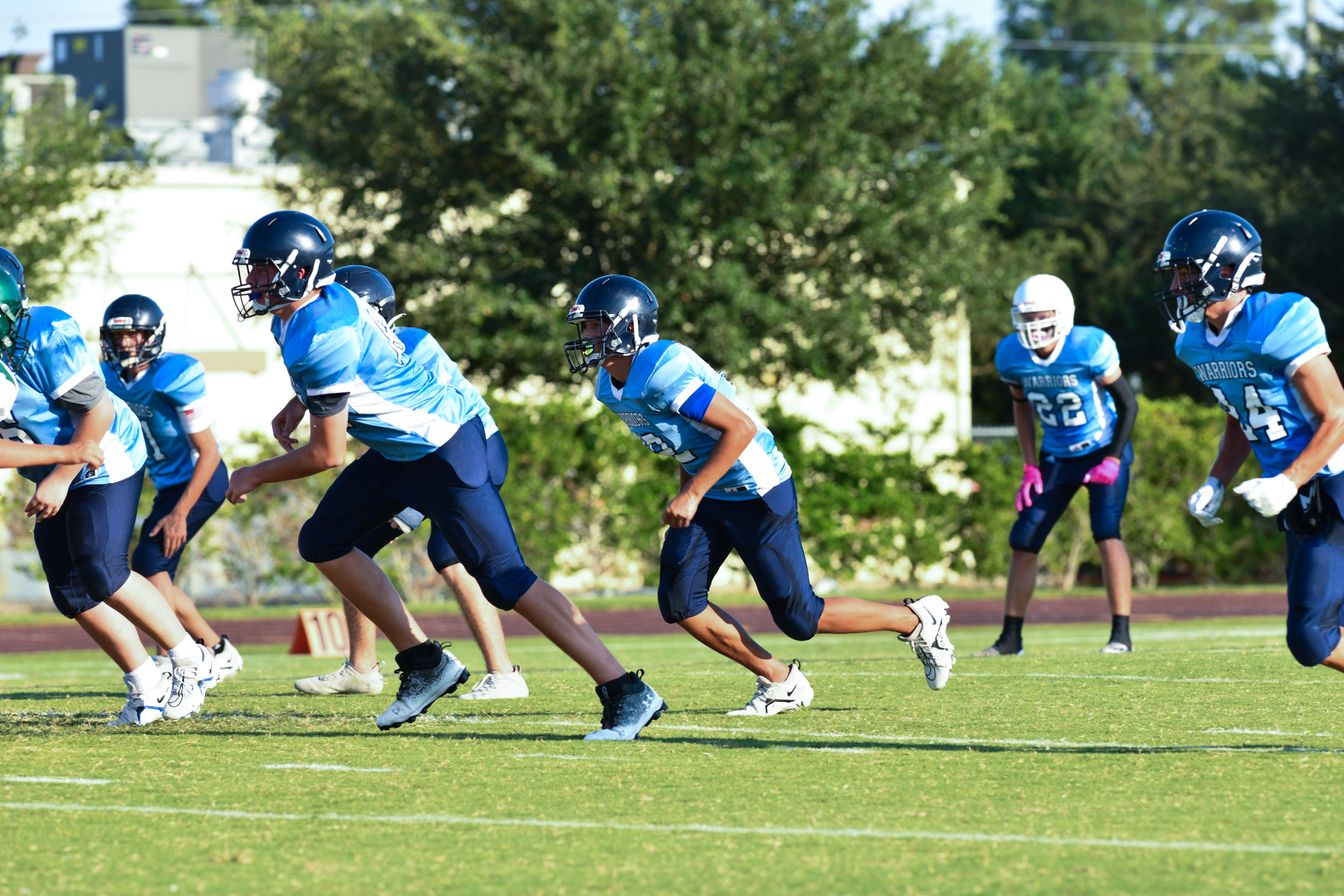 Last Thursday, the Warriors defeated Lutheran South 8 – 0 for their first victory of the season. The Warriors played tough defense throughout the game, keeping the Pioneers out of the end zone, to post the first shut out of the season as well.

The Warrior offense was led with key plays by Gabe Pandosh and Luke Sengbusch and ultimately the game's only touchdown was scored on a pass from Bowman Price to Ayden Arasin. Arasin also completed the extra point kick for the middle school rules’ two-point conversion. The Warriors are at home again this week, hosting Trinity Klein tonight.