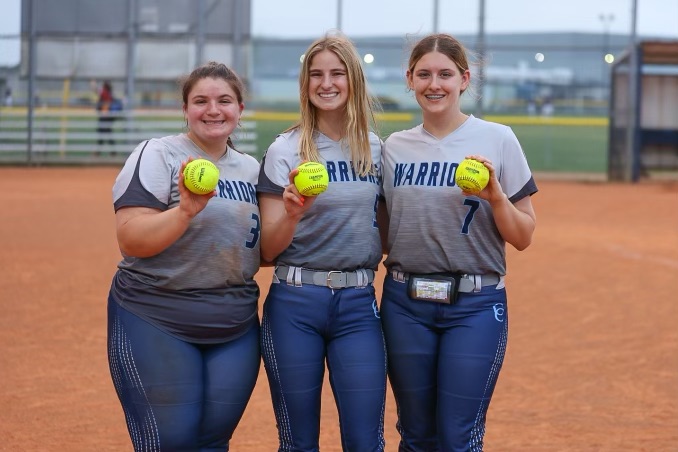 Cypress Christian took game one by a score of 19-1 as sophomore Macy Murray led the way with three hits and five RBIs. Junior Lucy Davis pitched four innings of one-hit ball for the victory, retiring the final eight batters she faced to wrap up the win.

The Warriors offensive barrage continued in game two as Davis, freshman Megan Smith and sophomore Sarah Olenick all homered in the first inning to stake the Warriors to an 8-0 lead. Freshman pitcher Kennedy Schwartz added an inside-the-park homerun later as the girls lit up the scoreboard with 18 hits and a 23-9 win.

Cypress Christian is undefeated in district play and 19-2-1 overall heading into its final district game on Tuesday, April 19, at Northland.