Lady Warriors on a Hot Streak 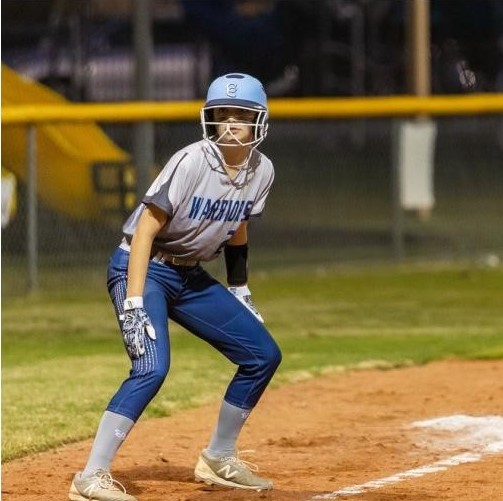 The hot streak continues for the Lady Warriors softball team as they vanquished Veritas Academy last week, 20-5, and then shut out Frassati Catholic this week, 15-0.

Chloe Roberson led the way with four hits, including her second home run of the season, in Cypress Christian's win over Veritas on March 24. Sarah Olenick added five RBIs in the Warriors' highest scoring game so far this season, while Lucy Davis struck out eight batters in four innings for the victory.

On March 29, the Warriors shut down the Frassati Falcons with a combined shutout from pitchers Macie Dammeyer and Kennedy Schwartz. Jessica Atkins and Bella Henslee each knocked in three runs to keep the Warriors' potent offense rolling.

The Warriors are now 12-1-1 over their last 14 games, outscoring their opponents during that stretch by a combined score of 146-71. They open their district schedule at home against Northland Christian on Tuesday, April 5. Come out and support our Lady Warriors!