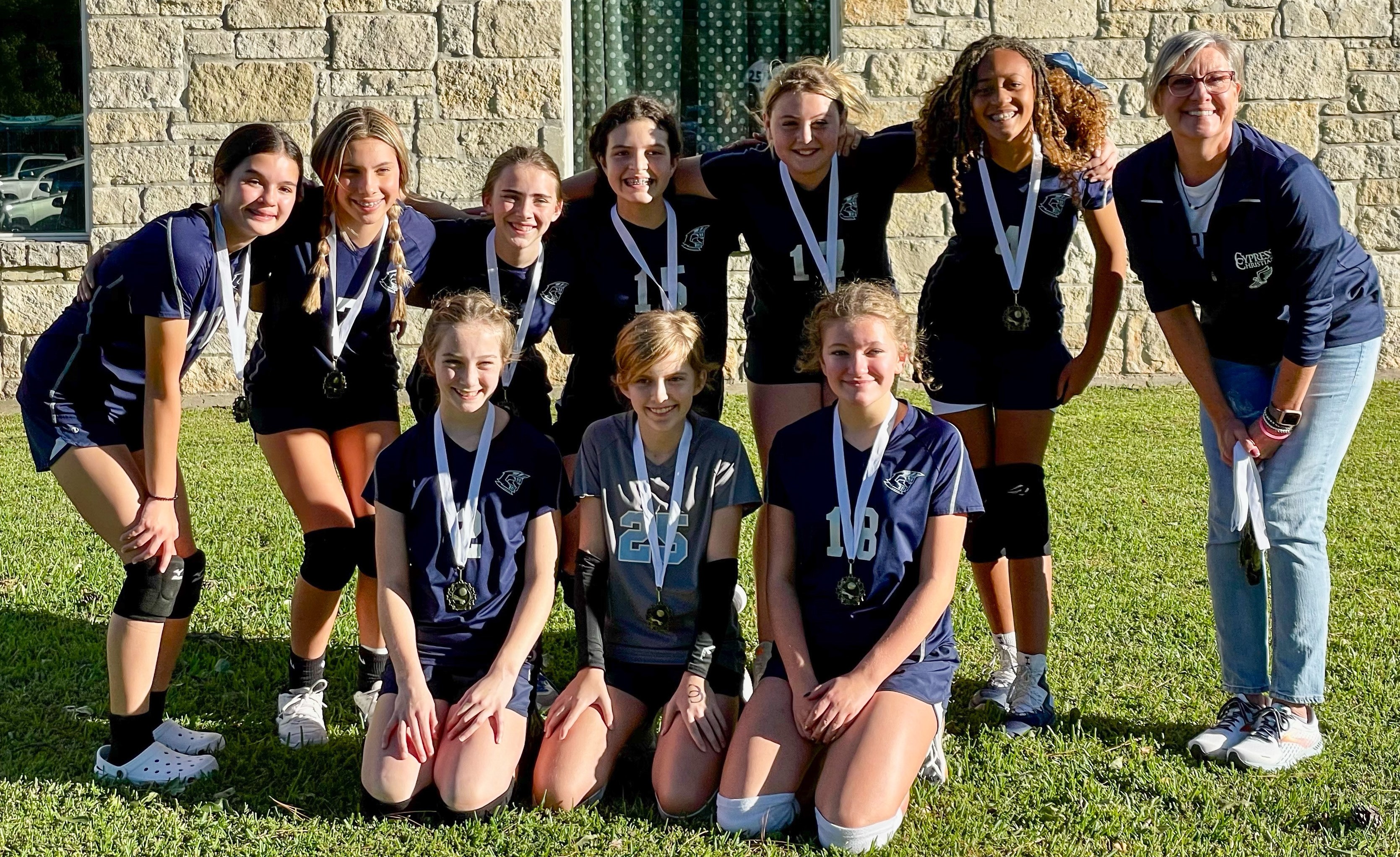 The middle school volleyball B team finished the season with amazing efforts in both the semi-final and championship matches. The semi-final match was held in our gym against Providence Classical. The girls won the match in two sets, with outstanding team play. In the championship match, the B team traveled to Huntsville to face Alpha Omega Academy, our one loss during the regular season. We were anticipating a tough matchup and our fans showed up to support and cheer on our team. The girls went right to work and won the first set 25-11 and then came from behind to win the second set 25-19, winning the match, and earning the title of District champs! Exceptional serving from Lauren Petrowski sealed the win, serving six consecutive points to end the set. 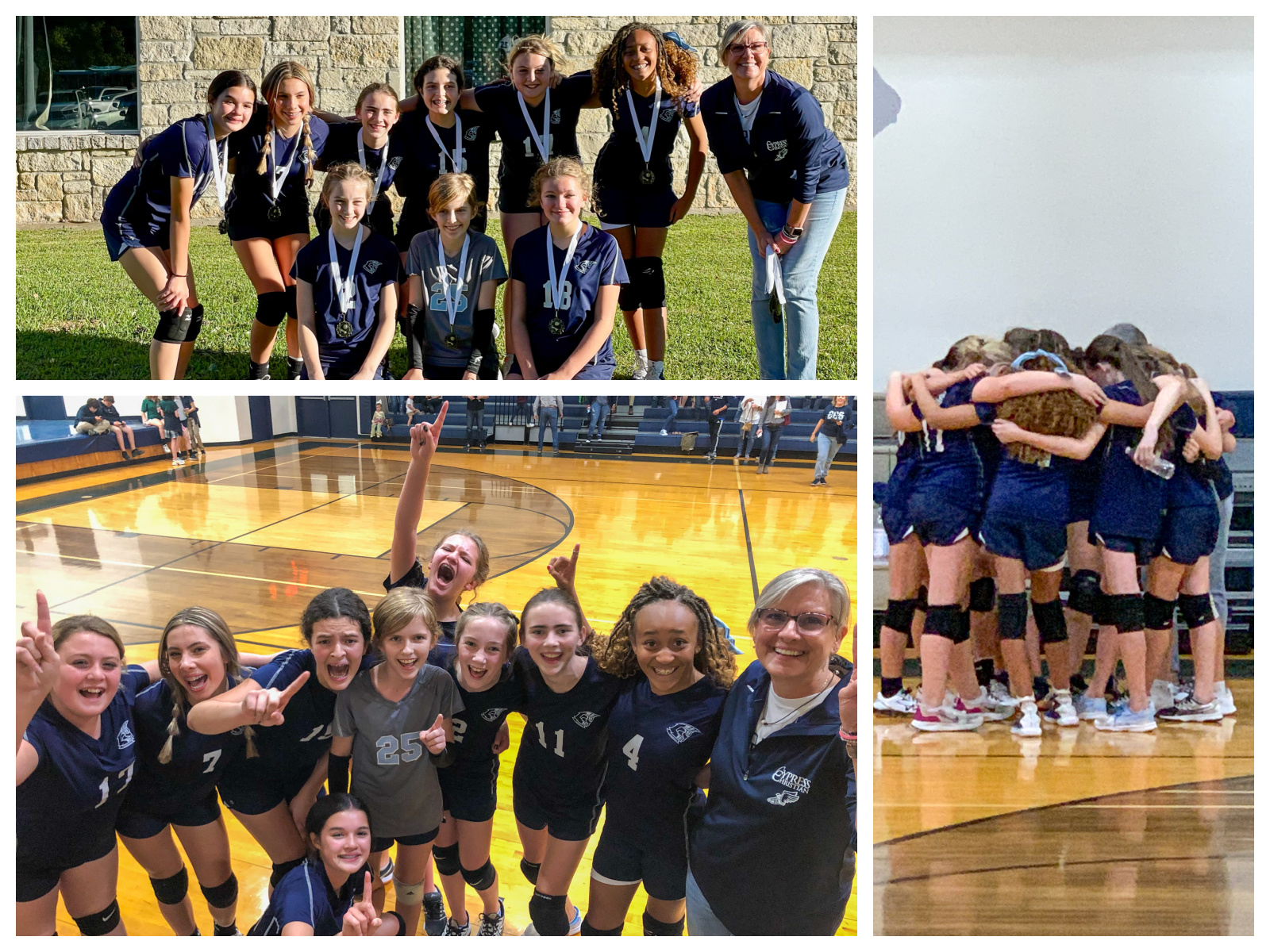