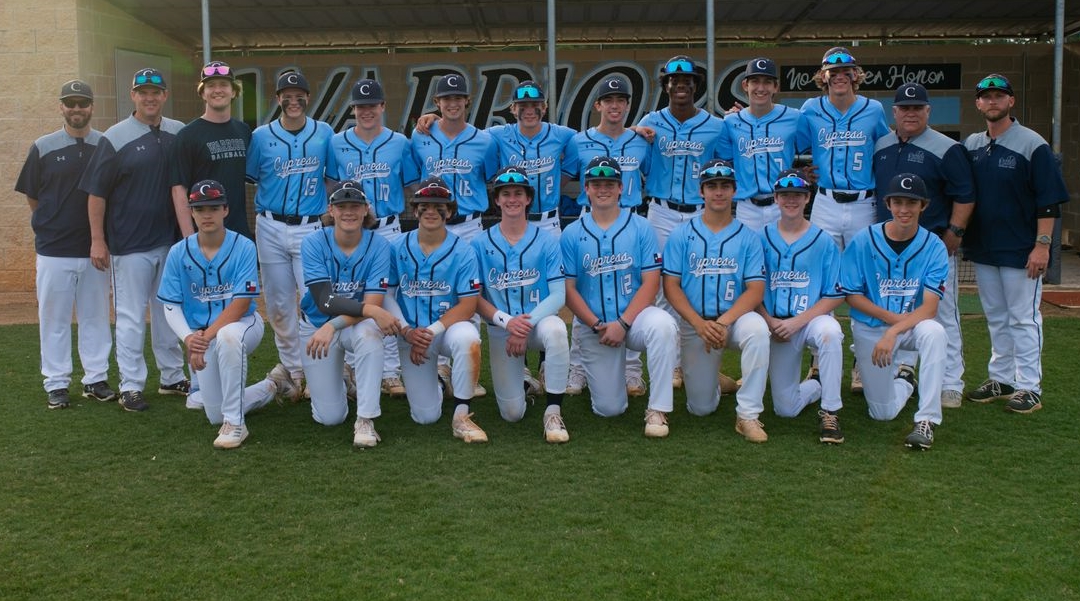 The varsity baseball team finished their regular season as district champions! In the first week, CCS defeated the Northland Cougars with scores of 8-4 and 13-1. After that, the Warriors defeated Legacy Prep with senior pitcher Andrew Williams on the mound. Backed by some great defense, Andrew pitched a complete seven-inning game shutting down Prep with a score of 5-0. The Warriors defeated Prep in a second game with senior pitcher Pearson Pollard throwing a complete game shut-out with only 80 pitches. The score of 19-0 was topped off with Jackson Braun going deep with a grand slam to secure an early end to the evening. The team continued successfully through the season while battling injuries in key positions, but they are now ready to begin the playoff journey.

Their season record earned them a bye in the first round of playoffs, but you can come watch them face off against San Antonio Holy Cross at home for the TAPPS Area title this Tuesday. Come cheer on the Warriors and enjoy some fresh grilled burgers and hot dogs.