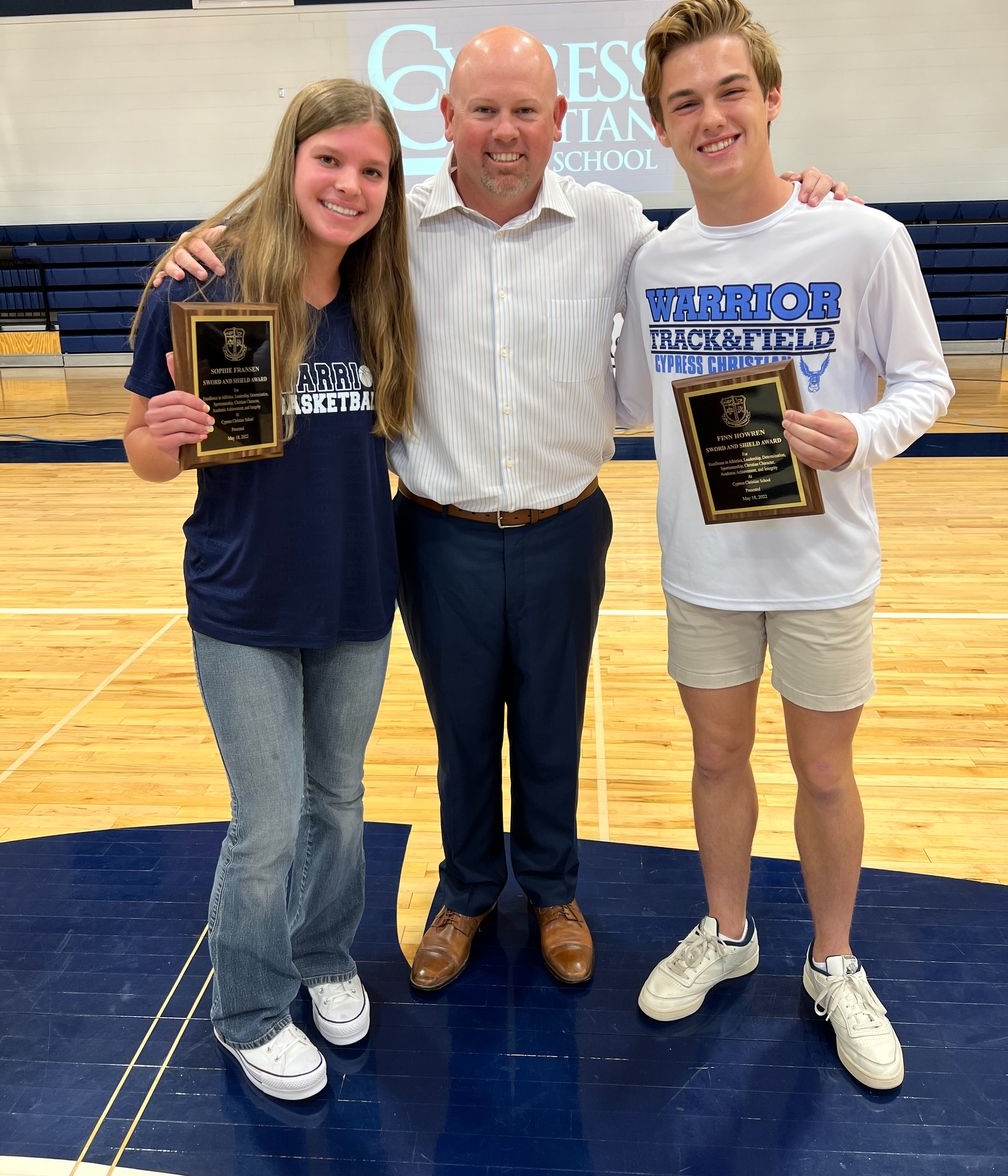 Seventy-eighth grade students said “Adios, Middle School!” with a brunch followed by an awards assembly and celebration on Wednesday, May 18, in the East Gym. Students marked the end of middle school and the beginning of a great new adventure in high school by reminiscing about favorite CCS memories and thanking those who helped along the way. Craig Cleveland, Dean of Students, opened the ceremony with a welcome and prayer followed by Mrs. Rhea, Middle School Principal, who recognized students who excelled in Math Olympics, achieved membership in National Junior Honor Society and maintained all A’s during their last year of middle school.

Mrs. Mary Johnson from the local Daughters of the American Revolution chapter presented Cailea Chalton the DAR Youth Leadership Award, and Mr. Drew Sells recognized Sophie Fransen and Finn Howren for their Christian character and athletic leadership during middle school by honoring them with the Sword & Shield award. Mrs. Rhea honored Sophie Fransen for her outstanding academic achievement as she received the Academic Excellence Award for having the highest grade average in eighth grade.

Eighth grade teachers chose one student to honor with an Excellence in the Classroom award. Each teacher shared special comments about the individual who received the honor and presented a certificate to mark the event. 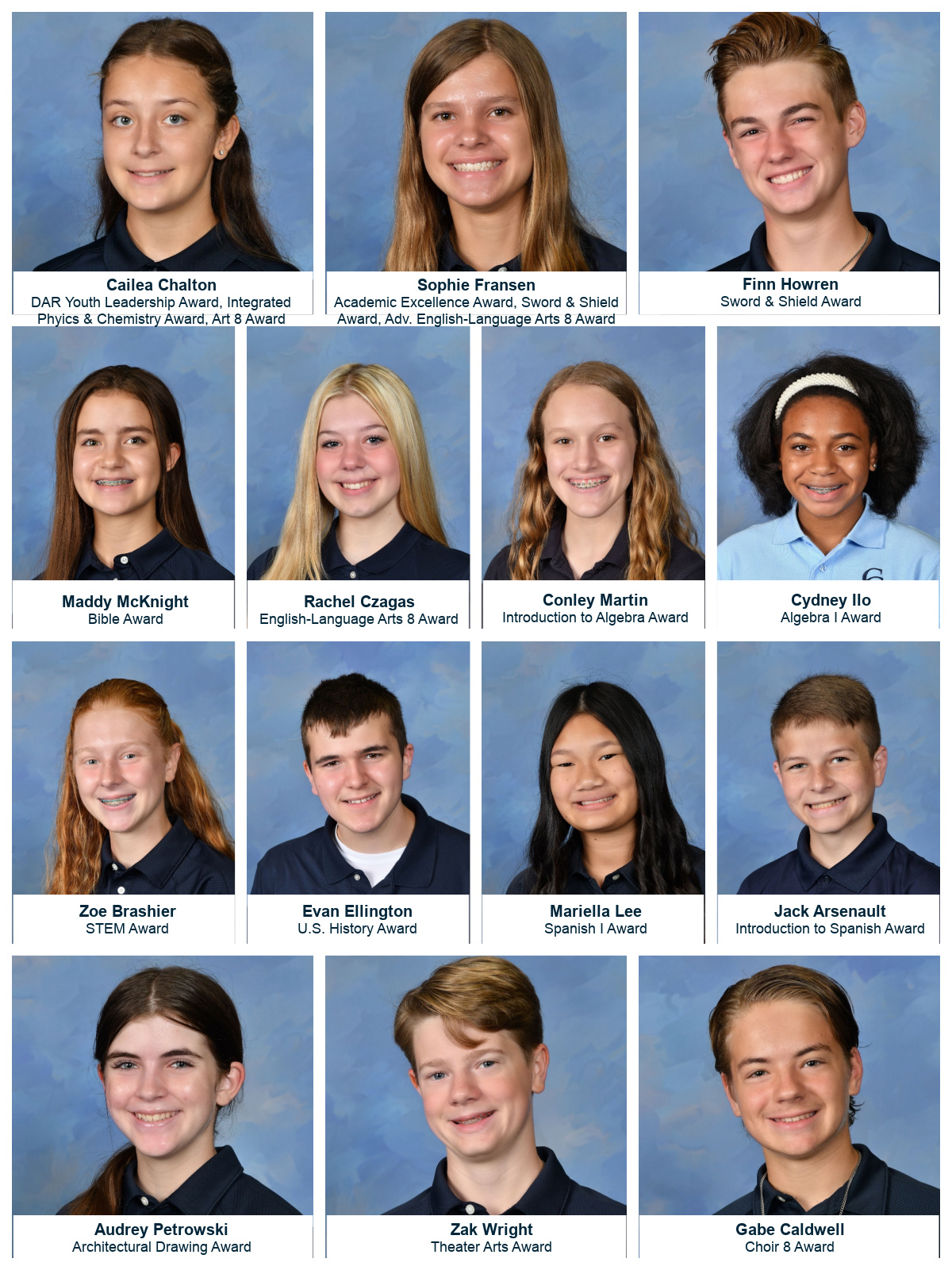 The final part of the program featured sweet pictures of each eighth grader as a toddler, an elementary child and finally as a young teenager. Mrs. Rhea read special quotes from each student about his/her eighth grade year; Mr. Colchado presented each student a certificate of completion of middle school. Last, Mr. Frankio, eighth-grade Bible teacher, led a pray of protection and blessing over the eighth graders as they stepped out of middle school.