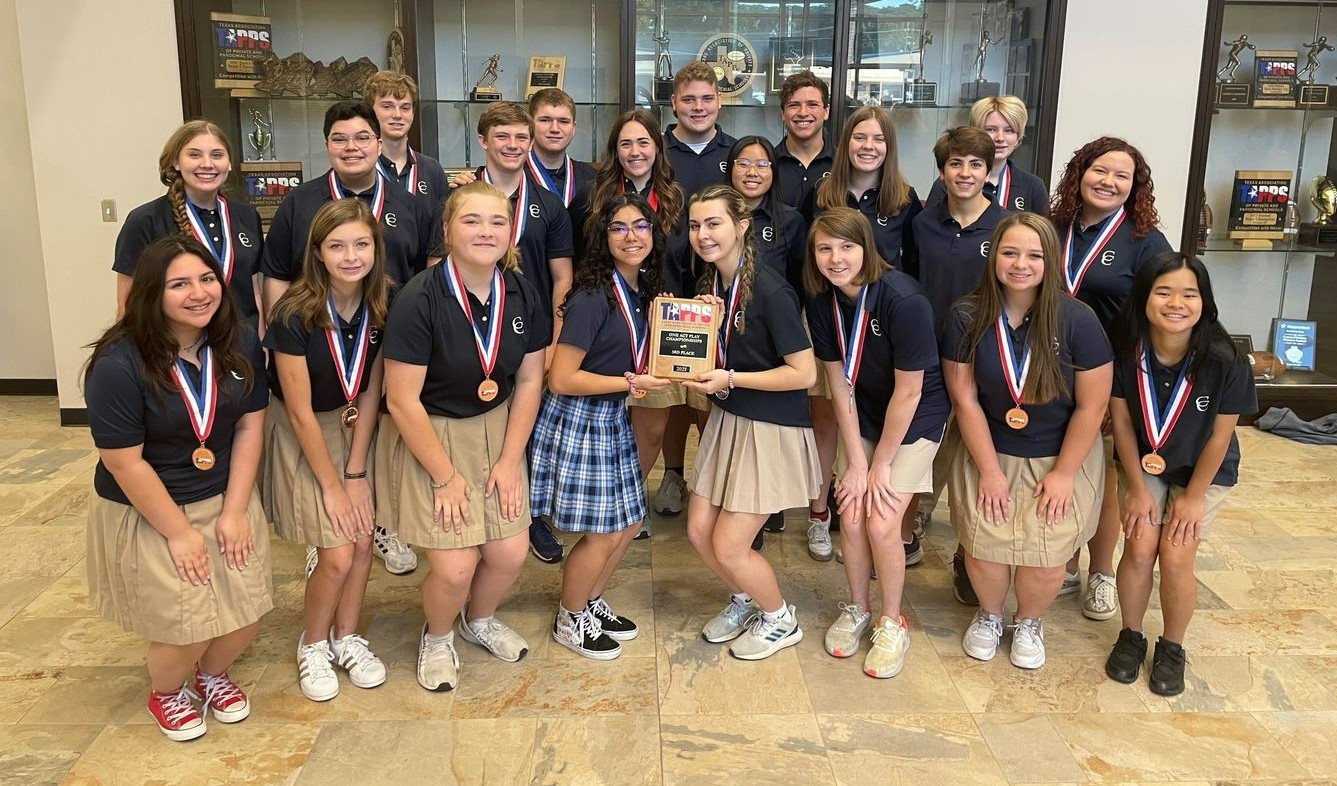 On Friday, November 12 and 13, Cypress Christian School’s One Act Play students competed in the TAPPS State One Act Play Competition in Kerrville, TX with their performance of Antigone in Munich by Claudia Haas. Students worked diligently as a team and received third place in state with one out of the three judges giving them a state champion (first place) rating.

Jacob Moran, Gia Granato and Carolyn Trent were awarded Honorable Mention Cast members for their performances as Hans Scholl, Traute Lafranz and Louisa Cohen. McKenzie Davenport and Trevor Otts were awarded All Star Cast members for their performances as Sophie Scholl (Flashback) and Alexander Schmorell. Students made lots of memories along the way and look forward to another award-winning season next year. They would like to specifically thank their directors, (Marit Broussard and Kiley Harris) chaperones, (Ernie and Mary Granato) and their parents for their unwavering support and dedication. Great job, Warriors! Way to bring home the bronze!