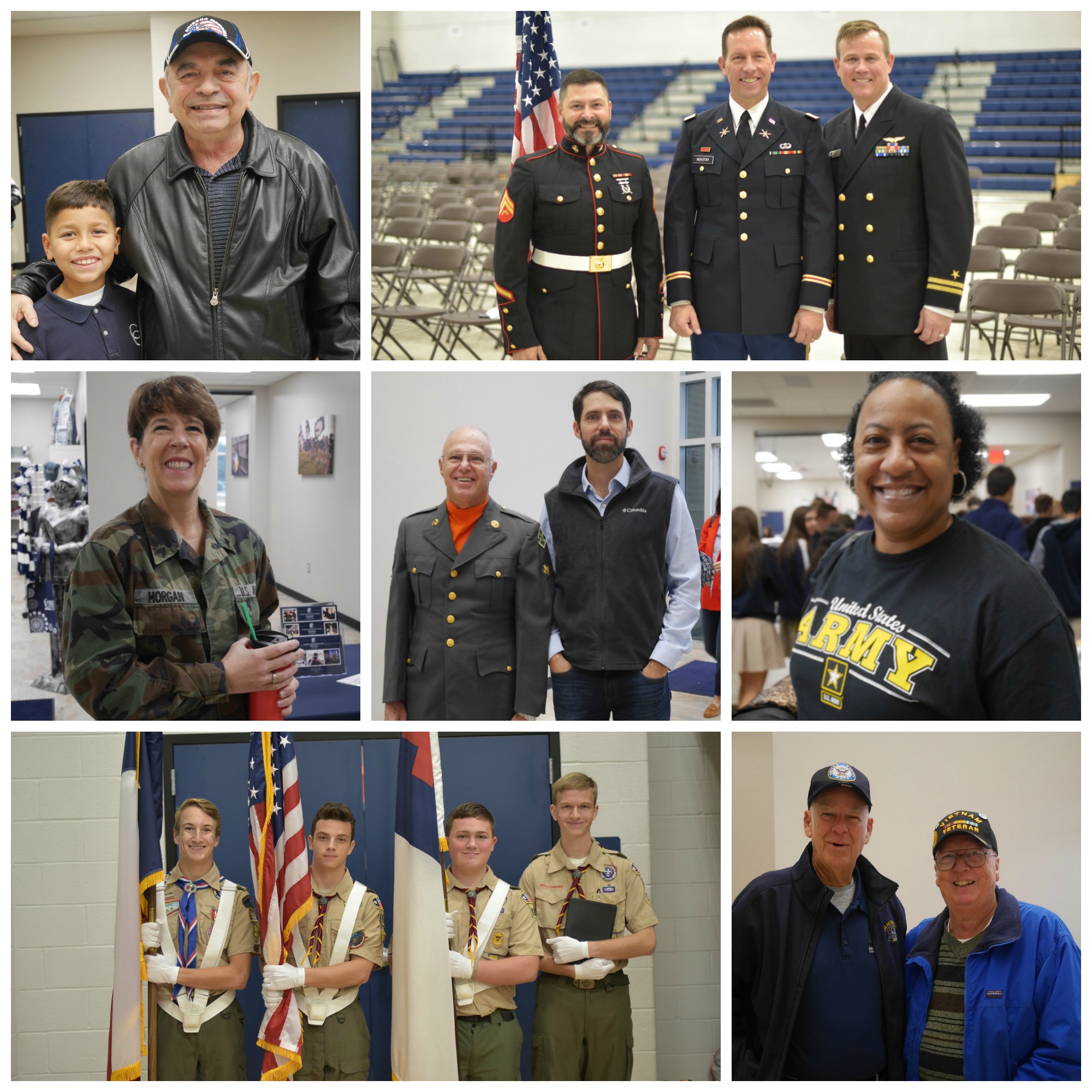 The chapel began with the formal Posting of the Colors by CCS boy scouts Daniel Macune, John Macune, Marc Coates, David Wahmhoff and Cullen Spadachene. Mrs. Heidi Johnson, the Cypress Christian Chorale Director, then led the Chorale and the audience in the singing of our National Anthem, followed by the middle school choir, led by Mrs. Jessica Mynes, performing a rousing rendition of “You’re a Grand Old Flag”.

CCS Executive Director, Mr. Stephen Novotny, a veteran, who served with the United States Army, welcomed guests to this special event and spoke of the importance of remembering those who have served and are currently serving our country. Following Mr. Novotny’s remarks, the audience enjoyed a performance by members of Mrs. Tania Overton’s fifth grade music class and the middle school drama students featuring a formal presentation of the Missing Man Table and Honors Ceremony in honor of soldiers who are still missing in action.

The special speaker of the day was Lt. Buster Swanton who has served in the United States Navy for many years as a pilot of the P-3 Orion and more recently as an Air Operations Center Planner.  Lt. Swanton is the proud parent of CCS seventh-grade student, Sophia Swanton, and Class of 2014 alumna, Amanda Swanton.

In the final performance of the morning, the CCS High School Chorale, sang a medley of the military anthems followed by God Bless America. During this song, each veteran service member was asked to stand and be recognized by the audience as their military brand anthem was performed.

The morning concluded with the formal Retiring of the Colors and a prayer of Thanksgiving led by High School Principal Jeff Mudrow.

Thank you to everyone who made this event a special morning where we could all say thank you to our veterans of the armed forces and to those who continue to serve our country. God bless our military and God bless America!