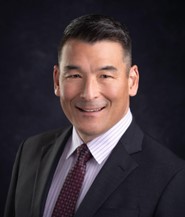 Colonel Matthews is a native of Honolulu, Hawaii and recently retired after a thirty-year career in the United States Marine Corps. An infantry officer by military occupational specialty, he served in a variety of units and positions. He has commanded Marines from the infantry platoon to the Colonel level of command to include command of 1st Battalion, 5th Marine Regiment and the 8th Marine Corps District.

In addition to his infantry experience, Colonel Matthews successfully completed two command tours on Marine Corps Recruiting Duty, a tour as the Marine Corps Attaché to the American Embassy in Singapore and in his last activity duty tour, as the Joint Operations Center Director for United States Africa Command in Stuttgart, Germany.

Colonel Matthews is a veteran of Operations Southern Watch and Iraqi Freedom, and the United Nations Mission in East Timor.

He is the proud father of Emily (12th grade) and Ben Matthews (eighth grade).