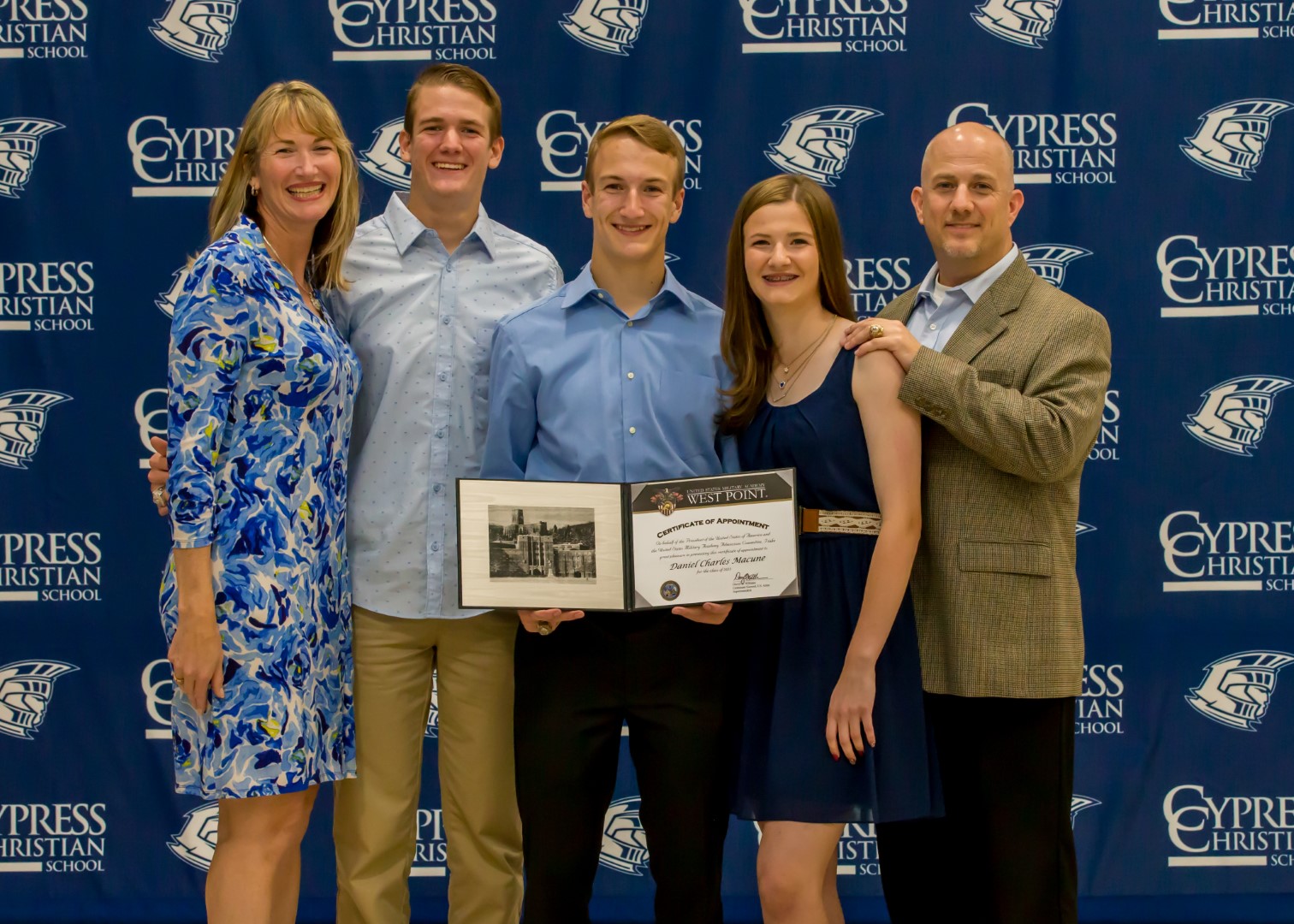 Hailing from a long line of Texans, Chuck Macune attended the United States Military Academy at West Point, New York, graduating in 1992 and commissioning as an infantry officer in the U.S. Army.  He served on active duty for seven years thereafter, to include assignments in Georgia, Texas, Kuwait, California, Korea and Colorado, and is Airborne- and Ranger-qualified.  Then-Captain Macune resigned his commission in 1999 to attend graduate school at the Massachusetts Institute of Technology.

Formerly COO and partner at CCD Corporation in the Denver area, he and his family moved to Cypress to support Shell Oil’s Permian asset in economics and reservoir engineering capacities.

He is married to his high school sweetheart, Melissa.  They have three children, all of which started at CCS in 2013.  John is now a junior and Grace is a sophomore.  Daniel graduated this past spring, and has also chosen a path of service; he is now a cadet at West Point, and plans to major in computer science.

Mr. Macune enjoys serving actively at CCS as a sports photographer, and recently started his second three-year term as a member of the Board of Directors.

Mr. Macune holds a Bachelor of Science degree in Mechanical Engineering from West Point and a Master’s degree in Business Administration from MIT.