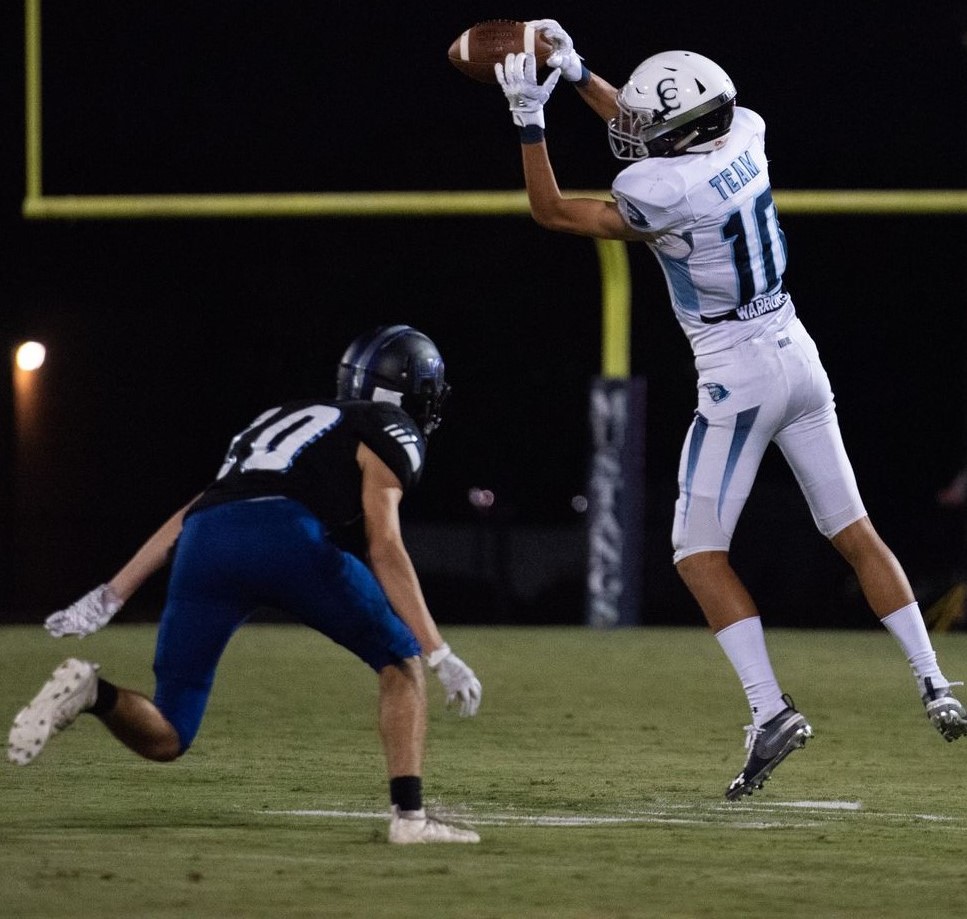 Friday night, the Warriors showed great improvement over their performance in the season opener the week before. Despite that improvement, the team suffered a hard-fought loss to Houston Christian, 10-7. The defensive battle included 22 changes of possession and no scoring in the second half.

The Warrior defense had an excellent evening, as they pitched a shutout after the first minute of the second quarter. This shutout included a goal-line stand after a botched punt by the Warriors gave the Mustangs the ball deep in Warrior territory. After four Mustang attempts from inside the five (they got an extra down because of a Warrior penalty), the series ended with a missed field goal.

Warrior defensemen having five or more tackles and assists on the night included Zach Zapata (12), Alex Andrus (8), Andrew Hoegsberg (7), Griffin Fisk (13), John Macune (6) and Jared Erby (5). Andrew Hoegsberg also recorded two sacks on the night while Lawson Elisor blocked a punt that gave the Warriors excellent field position in the third quarter but they could not capitalize on it.

The only Warrior touchdown came with 6:44 remaining in the second quarter. Drue Hirth connected with Josh Storey for a 64-yard TD. Hirth had 188 passing yards on the night and Storey was the leading receiver with 101 yards. Jackson Landrum was the leading rusher with 29 yards.

Coach Spenn had this to say about the game, "As a fan, it was a great defensive battle that came down to the last possession. As a coach, it was tough to see us miss some opportunities, but that is life. I am proud of our effort and our growth from the week before. We continue to play a lot of young guys so we will see big jumps in performance all season long as we work to close the gap."

The JV team did defeat Houston Christian 34-6 on Thursday night as Max Landrum was all over the field. He completed two long touchdown passes to Will Hotchkiss and ran for two more of his own. Dillon Bienko also found the endzone and Andrew Bezner had a long interception return to set up another score. The JV will be off this week before facing The Woodlands Christian next week.

If you are unable to make it out to the game, it will be broadcast on the Texas Sports Radio Network - https://www.tsrnsports.com/northland-christian-vs-cypress-christian/