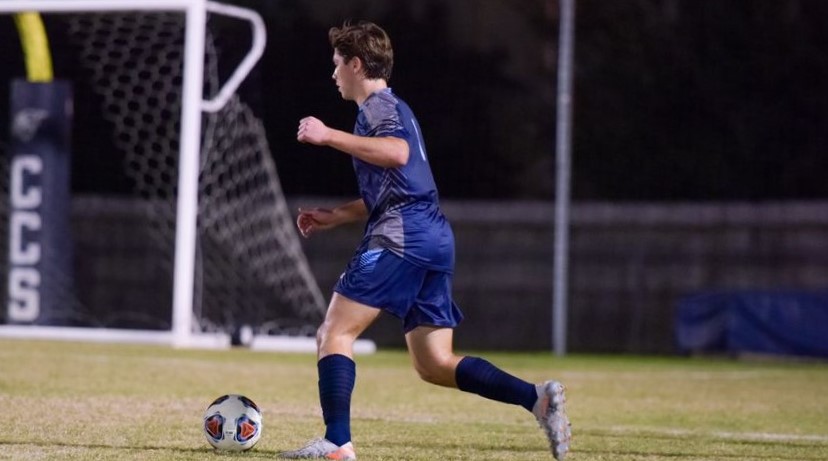 The boys varsity soccer team wrapped up regular-season action on Thursday, January 16, at Warrior Stadium against Lutheran South Academy. It was Senior Night for the six graduating Warriors, playing in their final regular-season home match.

The game was tight, tense and rough throughout, with aggressive play dominating the night. With playoff implications in the balance, neither squad would give an inch. Late in the first half, the Lutheran South Pioneers were able to sneak in a goal, after a loose ball scramble in front of the Warriors net. It wasn’t pretty, but they all count the same!

At halftime, the score was 0 - 1, in favor of the Pioneers. The second half brought more of the same intense and tough action all over the field. The Warriors had three remarkable opportunities, after several nice passing combinations. But, in the end, CCS was not able to break through with the equalizing goal.

Lutheran added a goal late in the match on a penalty kick. The game would end 0-2 in favor of the Pioneers. Regardless of this outcome, the Warriors finished District play at 6-2, and secured the third seed in the District Tournament, which brings a first-round bye.

The Warriors will open tournament play at home in Warrior Stadium on Thursday, January 23. Come watch the Warrior boys play this key matchup, with a victory guaranteeing a spot in the State Tournament starting in February.