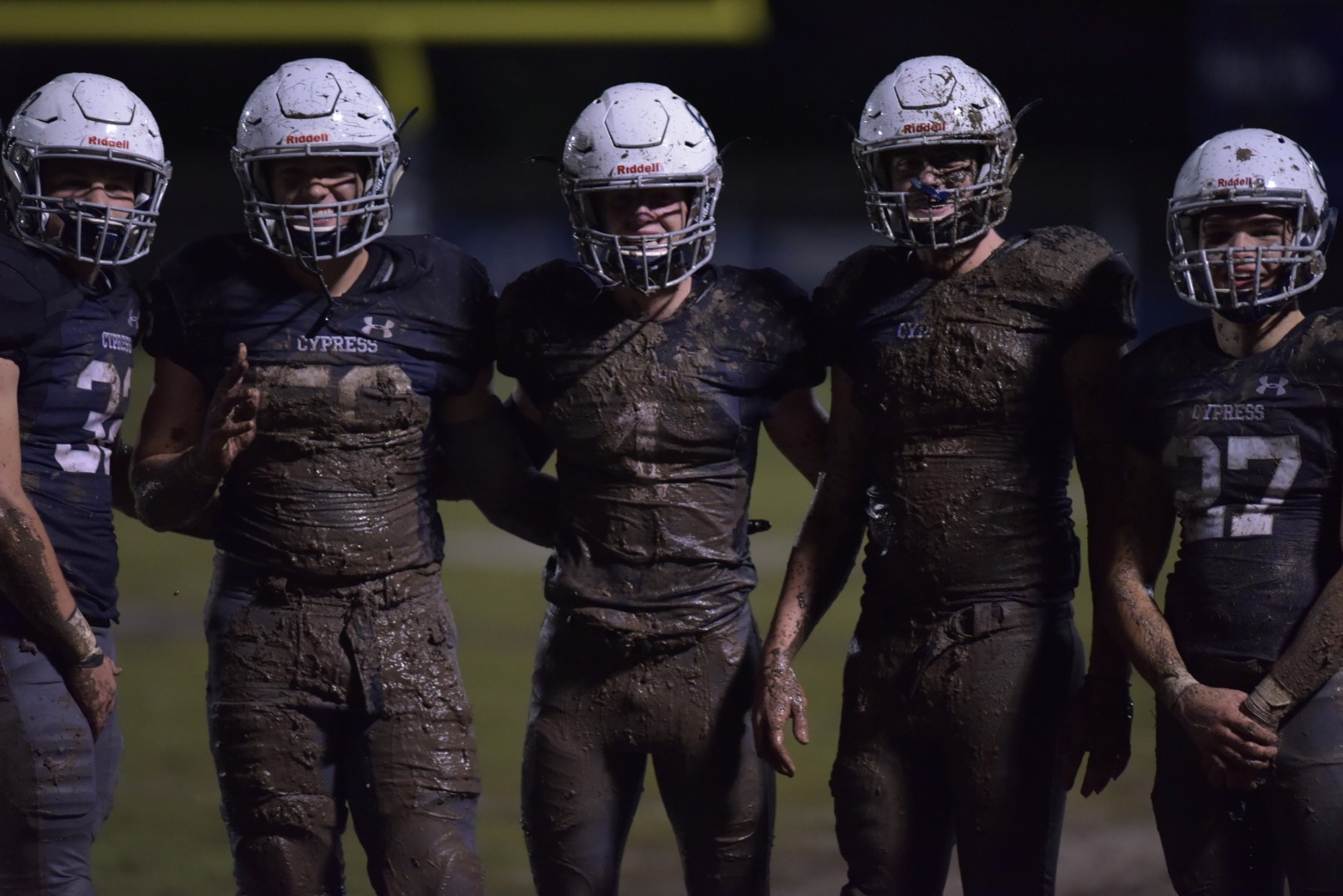 It was a night to remember last Friday for the Homecoming game. The offense needed the rain to heat up and put the game away after the more than two-hour delay. Many fans stuck it out to see the Warriors blow the game open with four touchdowns and four forced turnovers in the steady rain. The win ensured the Warriors their third straight trip to the playoffs and their first in school history at the TAPPS Division II level.

The Warriors fell behind early, 7-0, but rallied to score twice in the closing minutes of the first half. Jackson Landrum would break the century mark on the night rushing for 101 yards. He punched in his first of three touchdown runs to tie the game at seven. Drue Hirth then connected with Joseph Carbone for the first of two touchdown passes on the night. The Warriors led 14-7 entering the break for the homecoming activities.

The Warriors scored early in the third to go up 21-7 right before lightning delayed the game for two hours. When the game resumed on a soaked field in a steady rain, the Warriors found their rhythm. Christian Fleischhauer intercepted a pass to set up another score, and then the Warriors forced three fumbles that resulted in three more scores. Collin Tate, along with Lawson and Jack Ellisor, all recovered fumbles. Lawson recorded three tackles for loss and a sack, while Cory Chapman led the defense with 13 tackles on the night.

The Warriors outgained the Eagles 377 to 260 yards. Despite the rain, the Warriors had a huge advantage through the air at 169 to 14 yards. Hirth completed 11 of 26 passes on the night. Reid Chapman had five receptions.

Click here for a photo gallery from the game

The Warriors will travel to Second Baptist on Friday for an important district game. Both teams enter the game with 6-1 records and are 2-0 in District play. The winner will be in the driver seat for the district title and a home playoff game. Kickoff will be at 7 p.m. on October 26. The Warriors will return home for the final home game of the regular season on November 2 against Lutheran South.