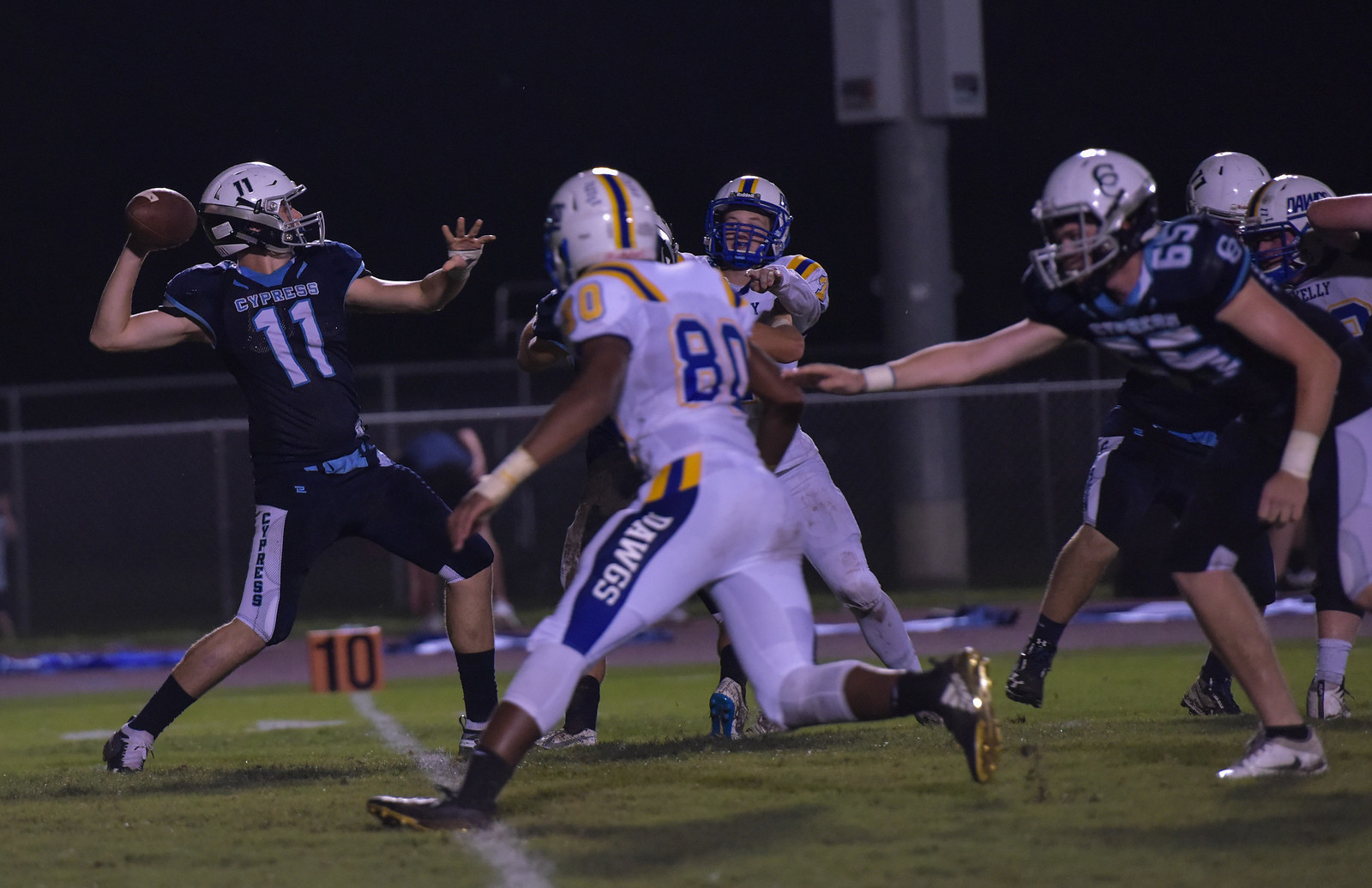 The Warriors improved to 4-1 on the season with an impressive win over 6A Beaumont Kelly in the school’s first-ever meeting. Kelly got on the board first with a long touchdown run, but it took just one play after the kickoff for Drue Hirth to find Joseph Carbone for a 60-yard touchdown pass. It would be the first of three touchdown connections between the two on the night. Cory Chapman took a low snap on the extra point and found Griffin Fisk in the end zone to give the Warriors the lead that they would never relinquish. The first quarter ended with a 14-12 CCS advantage, but the defense would not give up another point as they played three solid quarters of shootout football.

The defense forced three turnovers as Reid Chapman and Jackson Owen had interceptions and Collin Tate recovered a fumble. CCS outgained Kelly 284 to 211 yards on the night. CCS continued to play with a short field due to Christian Fleischhauer returning punts, including a long of 60 yards that was just shy of a touchdown.

The Warriors scored in every quarter including the final 24 points of the game. Josh Storey capped off the scoring with a 30-yard field goal. Daniel Macune once again led the defense in total tackles with eight and leads the team with 52 on the season. Lawson Ellisor recorded two sacks on the night.

Coach Spenn said, “I am really pleased with our progress. We have so many young guys stepping up, with seven freshmen starters, but we are also getting great examples of how to play the game from our upperclassmen. We are playing as a team, encouraging each other and loving each other on and off the field. Great teams tend to win more games and we are seeing a great team develop this season.”

After the bye week this week, the Warriors will start district play against Westbury Christian. The game will be played at Houston Baptist University on Friday, October 11 at 7:30 p.m.