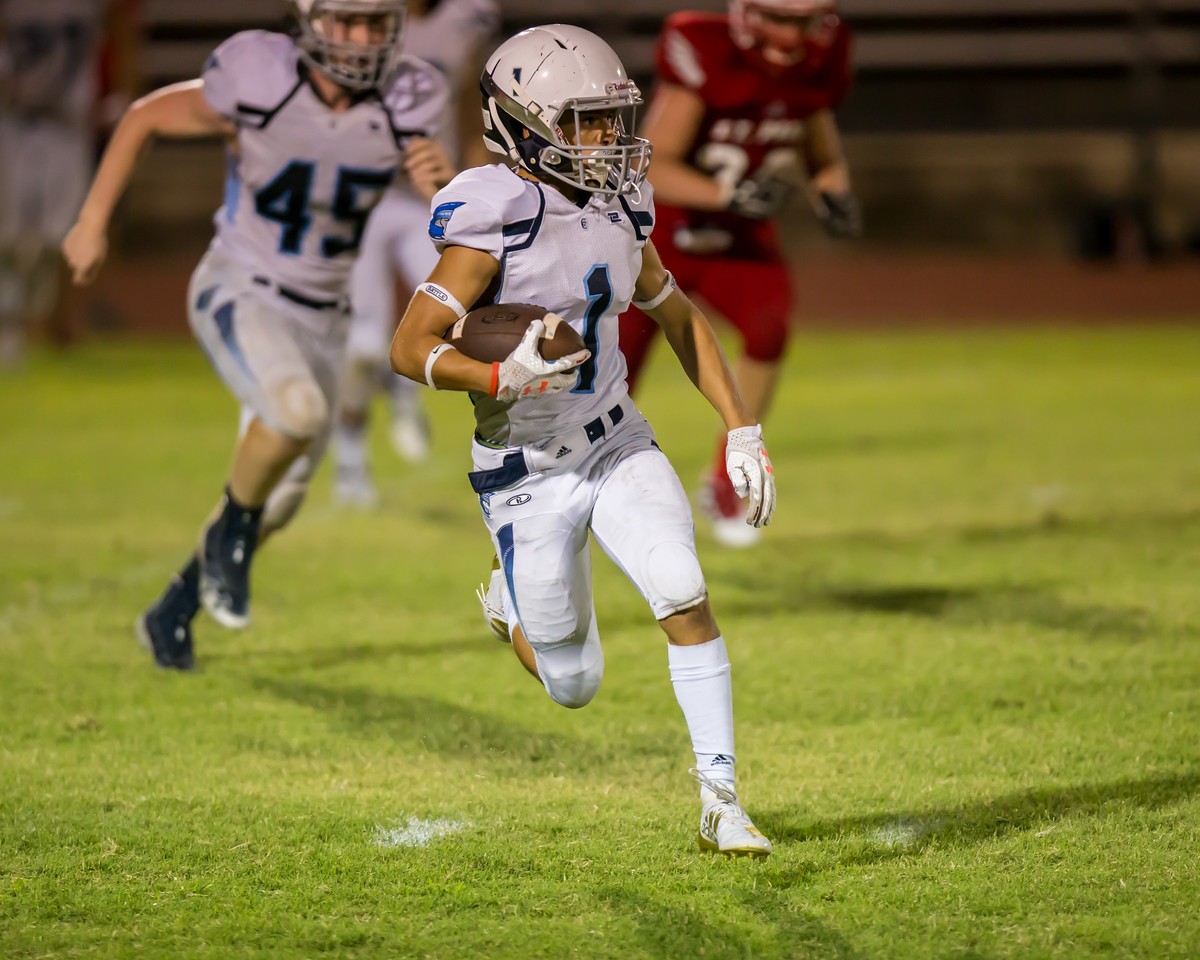 Friday night was a classic of a football game but the Warriors came up short on the trip to Shiner as the Cardinals secured a 42-35 victory. The game was tied five different times and each team led three times. The Warriors took an early lead with a balanced opening drive that was capped with a 13-yard touchdown strike from Drue Hirth to Michael Slabic. Slabic would haul in two more TD grabs on the night. Clayton Dean would haul in another to give Hirth 170 yards and 4 TDs on the night.

Despite being outgained 383 to 324, Shiner St. Paul had an answer for every Warrior score plus one extra. The Warriors rushed for 192 yards to go along with the 191 passing yards as both Jackson Landrum and Christian Andrus crossed the century mark with 115 and 109 yards respectfully. Andrus found the endzone with a 70-yard run in the second quarter to tie the game at 14.

On the defensive side, Griffin Fisk led all tacklers with a total of 21 tackles and assists for the night. Both Fisk and Zach Zapata each recorded a sack. Other defensive players with five or more tackles and/or assists included Lawson Ellisor (8), Zach Zapata (7) and Christian Andrus (6). The Warriors were not able to force a turnover while Shiner came up with two at critical points down the stretch of the game.

Coach Spenn had this to say about the game, “We missed some opportunities that we would certainly like to have back. Our young team is continuing to grow and improve but it is tough to come up short in a great high school game like this one.”

This Friday, the Warriors are scheduled to travel to Beaumont to take on Kelly Catholic High School. Game time is set for 7 p.m. This season Beaumont is 3-0. In last year’s matchup, the Warriors won 38-12. If you cannot make the trip, the game will be broadcast live on the Texas Sports Radio Network at this link - https://www.tsrnsports.com/cypress-christian-vs-beaumont-kelly/.