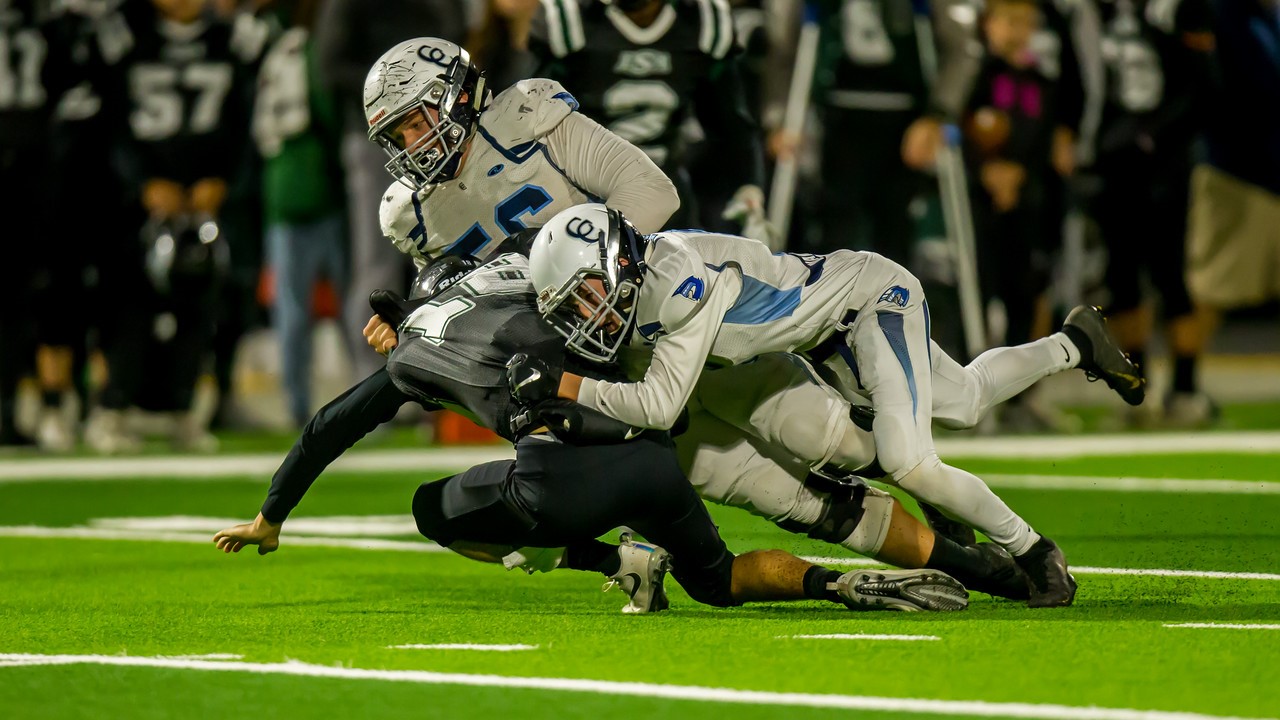 The Warriors traveled to Lutheran South last Friday to take on the district-leading Pioneers in another tough road contest. Ultimately, their effort was not enough for a victory but there were some special things in store. The Warriors jumped out to the lead with a three-play drive, which included the first connection between Drue Hirth and Josh Storey on a 64-yard TD pass. Hirth and Storey would team up to break three Warrior football records. Josh Storey broke two receiving records with 11 catches and 214 receiving yards. Drue Hirth broke the total offense record with a 409-yard performance, which included 381 passing yards and 28 rushing yards.

Lutheran South then scored four touchdowns in a row but the Warriors were determined. CCS took over the ball with 1:44 to play and went 70 yards largely behind the Hirth-Storey connection. Storey found the endzone with 18 seconds to play. Unfortunately, the defense could not keep LSA out of the end zone resulting in a halftime score of 34 – 14. Both teams scored a touchdown in the third quarter, with the Warrior TD coming on a 56-yard pass play from Drue Hirth to Jackson Landrum. The Warriors were the first to score a touchdown in the fourth quarter on a 29-yard pass from Drue Hirth to Michael Slabic. This cut the LSA lead to 13 but the Pioneers were just too much as they came up with a turnover and two more scores late in the fourth to a cap a 55 – 28 victory.

This Friday night the Warriors compete in their last regular-season game by hosting the St. Joseph High School Flyers. St. Joseph has an overall season record of 4 – 3 and a district record of 2 – 2. A victory would put the Warriors into a three-way tie for third place in district. Based on the tiebreakers, the Warriors would need to win by 12 or more points to finish third in the district and advance to the playoffs for the fourth straight year. It will be senior night with the seniors being honored before the game starting at 6:40 p.m. Kickoff is scheduled for 7 p.m.

If you are unable to attend the game, you can watch on the Texas Sports Network: