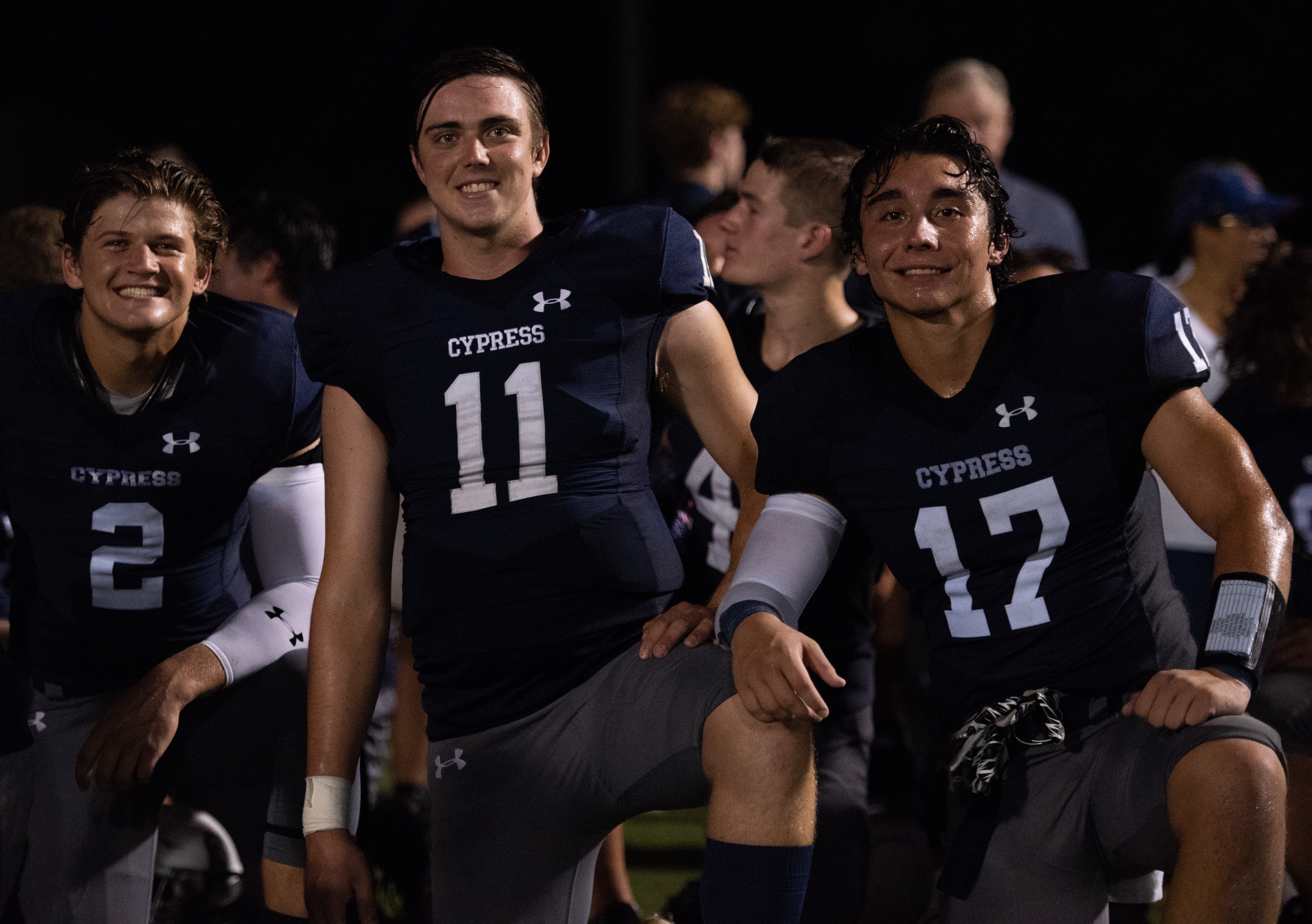 The Warriors got into the win column, as they posted an impressive victory Friday night, defeating the Northland Christian Cougars 47–13. Outstanding special teams play left the Warriors with a short field but they still racked up 295 yards of offense while only allowing 150.

Quarterback Drue Hirth was on target all night, as he completed 70% of his passes for 114 yards and three touchdowns. In the third quarter, backup quarterback Max Landrum scored the first touchdown of his varsity career. After having a touchdown pass called back on a penalty, he scrambled for a 36-yard TD at the end of the quarter. Michael Slabic had a career-best four catches for 88 yards and two touchdowns. Clayton Dean also had a touchdown catch from Hirth on the night.

The leading scorer for the evening was Jackson Landrum who had a great night, both rushing and kicking. His 117 yards on the ground put him over 2,000 for his career. He also added the 19th and 20th touchdowns of his career. In the kicking category, he kicked two field goals and five extra points. The game was close throughout the first half with Landrum giving the Warriors the lead for the first time in the season with a 32 yard field goal. Landrum’s second field goal came as time expired in the first half.

The Warriors kicked off with under two minutes to go in the first half and were able to force a bad punt which they were ready to capitalize on. The offense took over at the Cougar 42-yard line with less than a minute to go. Hirth completed passes to Josh Storey and Clayton Dean, along the sideline to pick up good chunks of yardage and stop the clock. These catches brought the ball to the 22-yard line, setting up the Landrum field goal that went through the uprights as time expired. The field goal provided momentum that just kept going in the second half as the Warriors exploded for a 28 point third quarter to put the game out of reach.

The defense again put in a solid performance Friday night, holding Northland to a total of only four net rushing yards. The following players had five or more tackles and/or assists: Alex Andrus (9), Griffin Fisk (7), Dillon Bienko (5), Zach Zapata (5) and Lawson Ellisor (5). As an indication of the depth of play, at least 22 Warrior players had one or more tackles and/or assists during the evening. The defense recorded four sacks and seven tackles for loss on the night. They also forced a fumble and had an interception by Josh Storey to give the Warriors a 2-1 victory in the turnover battle.

The biggest area of improvement on the night was the offensive line. Despite the injuries, they helped the offense gain nearly 200 years on the ground and did not give up a sack.

This Friday the Warriors travel to Shiner to play the St. Paul Catholic High School Cardinals. Kickoff is scheduled for 7:30 p.m. The Cardinals are 2-1 this season. In last year’s matchup, the Warriors defeated Shiner 28-20. If you cannot make the trip to Shiner all the action will be broadcast on the Texas Sports Radio Network at the following link.