Warriors Come Out on Top in Last-Second Homecoming Victory 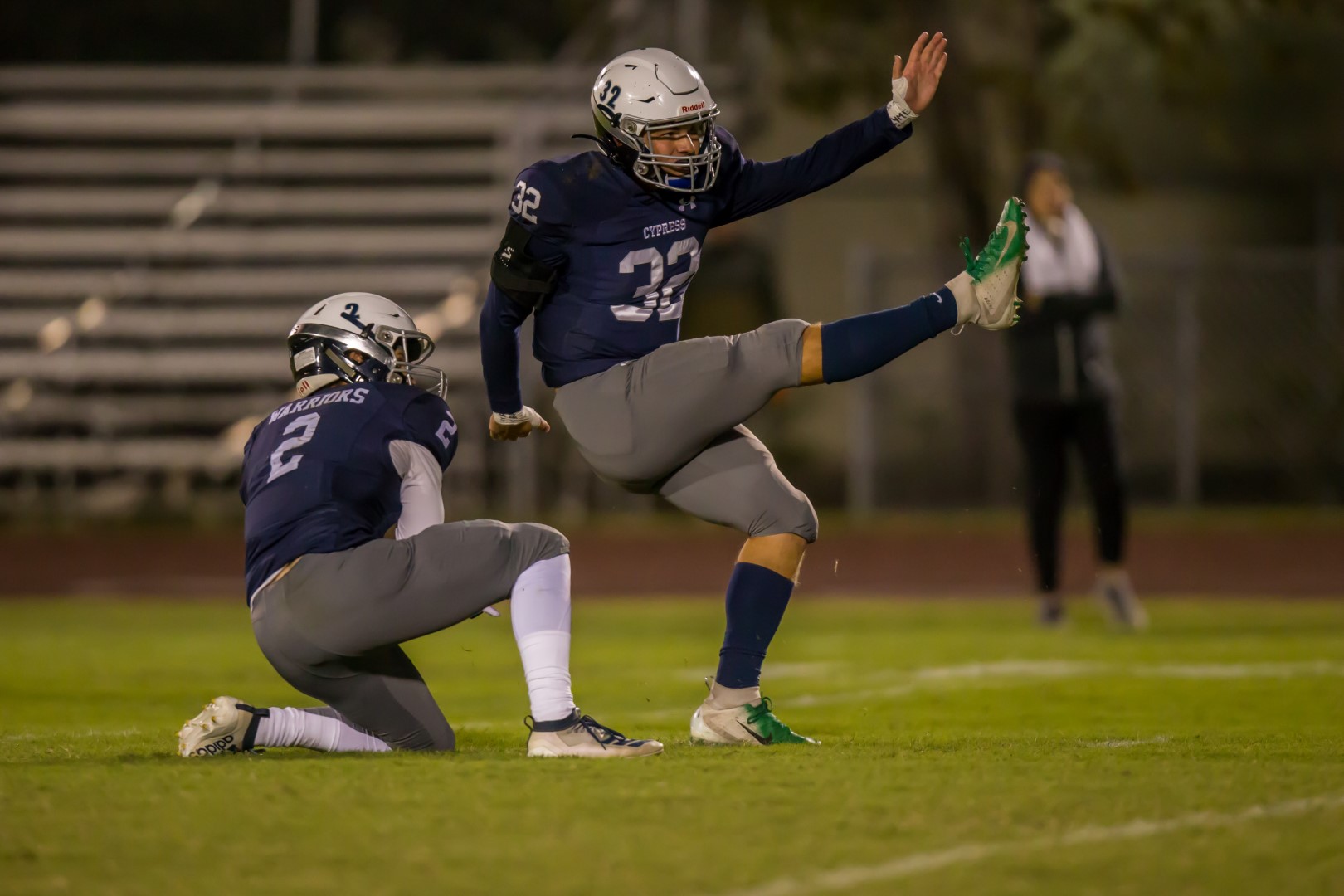 If you followed the Warriors last year, you would know that come-from-behind victories and last-second touchdowns were the norm. The Warriors regained that magic on Homecoming with an improbable last-second victory over the Westbury Christian Wildcats 33–28. Last season, it was a goal-line stand against Westbury that sparked the Warriors to a great district and playoff run. This victory gives the young team a 1–0 record in district play and the hope of a fourth straight playoff appearance very much alive.

The Warriors got on the board first with a 21-yard touchdown run by Christian Andrus early in the first quarter. CCS would score again near the end of the first quarter with a Jackson Landrum 39-yard field goal. Westbury came up with a turnover and blocked punt to recapture the momentum. Two unanswered touchdowns during the second quarter gave the Wildcats a 14 – 10 lead as the teams headed into the locker room at halftime.

On the first play from scrimmage in the third quarter, the recently crowned homecoming king, Jack Landrum sprinted 57 yards for a Warrior touchdown, putting the Warriors back in the lead 17–14. The defense had been stingy all night long on first and second down but had a hard time getting off the field. Lawson Ellisor was a big part of that defense as he compiled three tackles for loss and two sacks. The Wildcats retook the lead in the fourth quarter with a touchdown of their own. The lead changed again in the fourth quarter when the Warriors had another one-play drive with a multiple tackle-breaking 64-yard touchdown run by Christian Andrus.

Westbury would again answer that touchdown with one of their own, leaving CCS behind 28–24 with time running down quickly. The Warriors were driving with under two minutes to play when an interception by the Wildcats gave them the ball deep in their territory. The Warrior defense held as Andrew Hoegsberg came up with a tackle for loss and two plays later, Zach Zapata forced the tailback out of bounds to set up a fourth and six from the 19-yard line. Defense provided the stop with just over a minute to play and the special teams unit came up with the big play as the snap went over the head of the punter and Andrew Hoegsberg made the play on the punter to force the ball out of the endzone for a safety, making the score 28 - 26 in favor of the Wildcats.

On the ensuing kickoff, the Warriors got the ball on the Wildcat 42-yard line. A quick completion to Storey and a fourth-down pickup on a pass to Jackson Landrum out of the backfield put the ball on the 30-yard line, setting up the winning touchdown pass from Drue Hirth to Joshua Storey with only 29 seconds left on the clock. On the first play following the kickoff, freshman Jared Erby intercepted a Wildcat pass, sealing the Warrior victory.

On the night, Drue Hirth passed for 115 yards and one touchdown. Josh Storey led in receiving yards with 76, including a touchdown. Jackson Landrum led in rushing with 122 yards and one touchdown. He also made all four of his point-after attempts and a field goal. Christian Andrus had 91 yards rushing and two touchdowns. On the defensive side, the defensemen with five or more tackles and/or assists, included Griffin Fisk (11), Andrew Hoegsberg (9), Jackson Owen (8), Jacob Swan (8), Christian Andrus (6), Zach Zapata (6), John Macune (6) and Alex Andrus (5). Lawson Ellisor had three tackles for loss and participated in two sacks.

The JV was on the road and played to a 24-24 tie with Division I powerhouse, St. Pius. They will be back in action on Thursday at home against Fort Bend at 6 p.m.

The Warriors travel to Sugarland on Friday to take on the Fort Bend Christian Academy Eagles. The game is scheduled to start at 7 p.m. Come and support your team! Fort Bend is 3-2 this year and 0–1 in district play. They lost their district opener 70-35 to Lutheran South. In last year’s matchup, the Warriors defeated the Eagles 47–18 on a raining night and a soaked field. If you are unable to attend the game, you can watch on the Texas Sports Network - https://www.tsrnsports.com/cypress-christian-vs-fort-bend-christian/ or https://www.meridix.com/channel/?liveid=tsrnsports1#/schedule.