Warriors are in the State Championship for the Third Year in a Row! 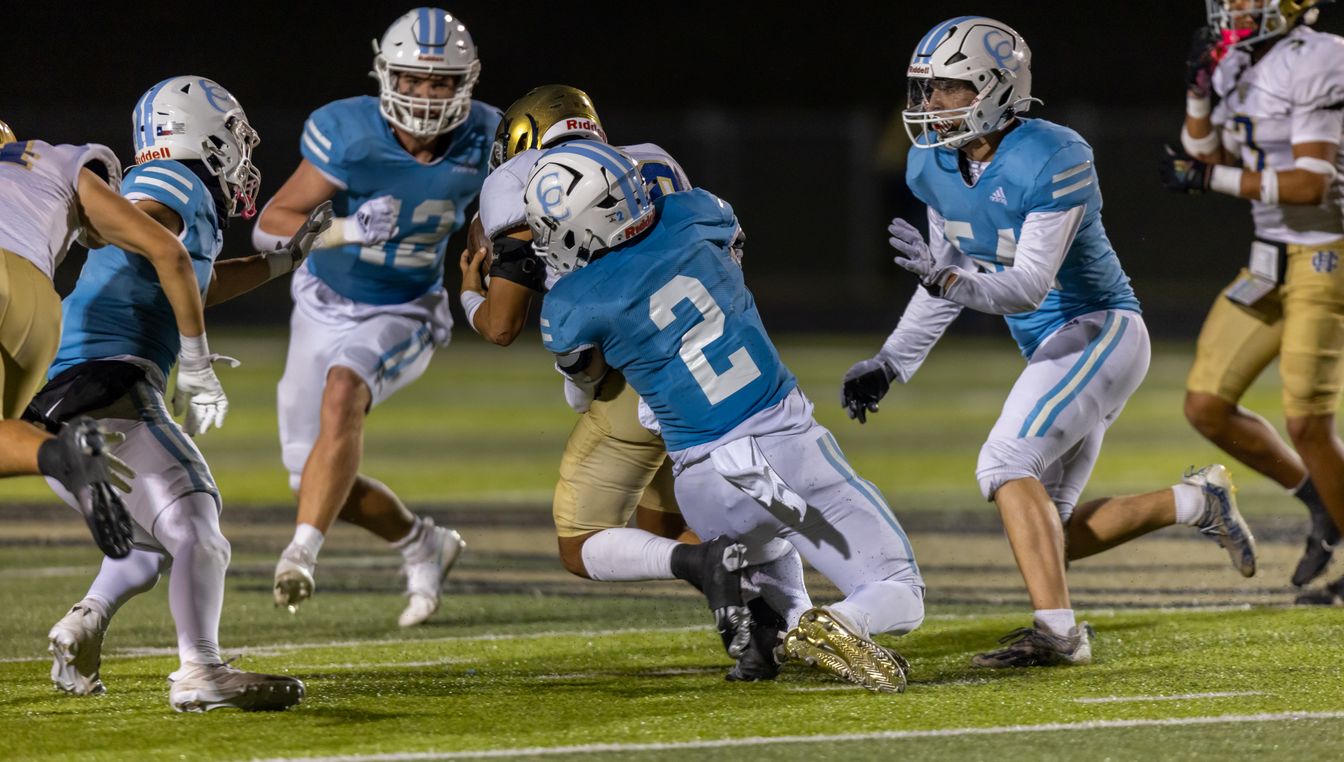 Warriors are in the State Championship for the Third Year in a Row!
Dec 1 2022

The Cypress Christian School football team will once again be playing in the final game of the season as they make an unprecedented third trip in a row to the State Championship game! The Warriors definitely had to earn it, having to make a desperate comeback to defeat San Antonio Holy Cross 36-32 in a wild semifinal game. Coach Hogan says the team is beat up physically, but excited for the opportunity.

“We are limping around quite a bit! I think when you have the lack of depth we have, a season this long has a way of catching up to you. Right now, we are looking at the possibility of not having a two-way starter for the state game, and we have at least four more nursing some injuries that they will play through.”

The task at hand is a big one for the Warriors as they enter Saturday’s contest a huge underdog to Dallas Christian. The 12-1 Chargers are the defending state champions, having won their state title last year in the larger Division 2 classification. This year, they dropped down to Division 3 and have had no competition to speak of. Dallas Christian’s closest game to a Division 3 opponent was in last week’s semifinal where they crushed Lubbock Trinity 35-0. The reward for this year’s state title appearance is a date with Goliath for sure. One media source has the Warriors as 36-point underdogs.

Coach Hogan feels the team has a good perspective on the challenge. “We understand how dominating DC has been this year. Our players get it…but our guys will not be intimidated. Our program is built on the Biblical principle of 'Whatever you do, do it to all of your ability as if you are doing it for the Lord', and that’s what we’re going to do. Yes, it’s obvious we are outmanned and we are battling injuries to boot, but I know our kids will leave everything they have on that field, with the intention of pulling off a huge upset. These young men will represent our school well, not only in their effort, but in their character on the field.”

Regardless of this week’s outcome, we are proud of our Warriors for putting together another great season. The State Championship game is Saturday December 3, at 7 p.m. at Waco ISD Athletic Complex, 1401 S New Rd., Waco, TX 76711.

Tickets are $15 must be purchased through TAPPS Tickets. Parking is $5 per car. Click here to purchase tickets and for all other fan information. The game is available by livestream ONLY through TAPPS TV Network.