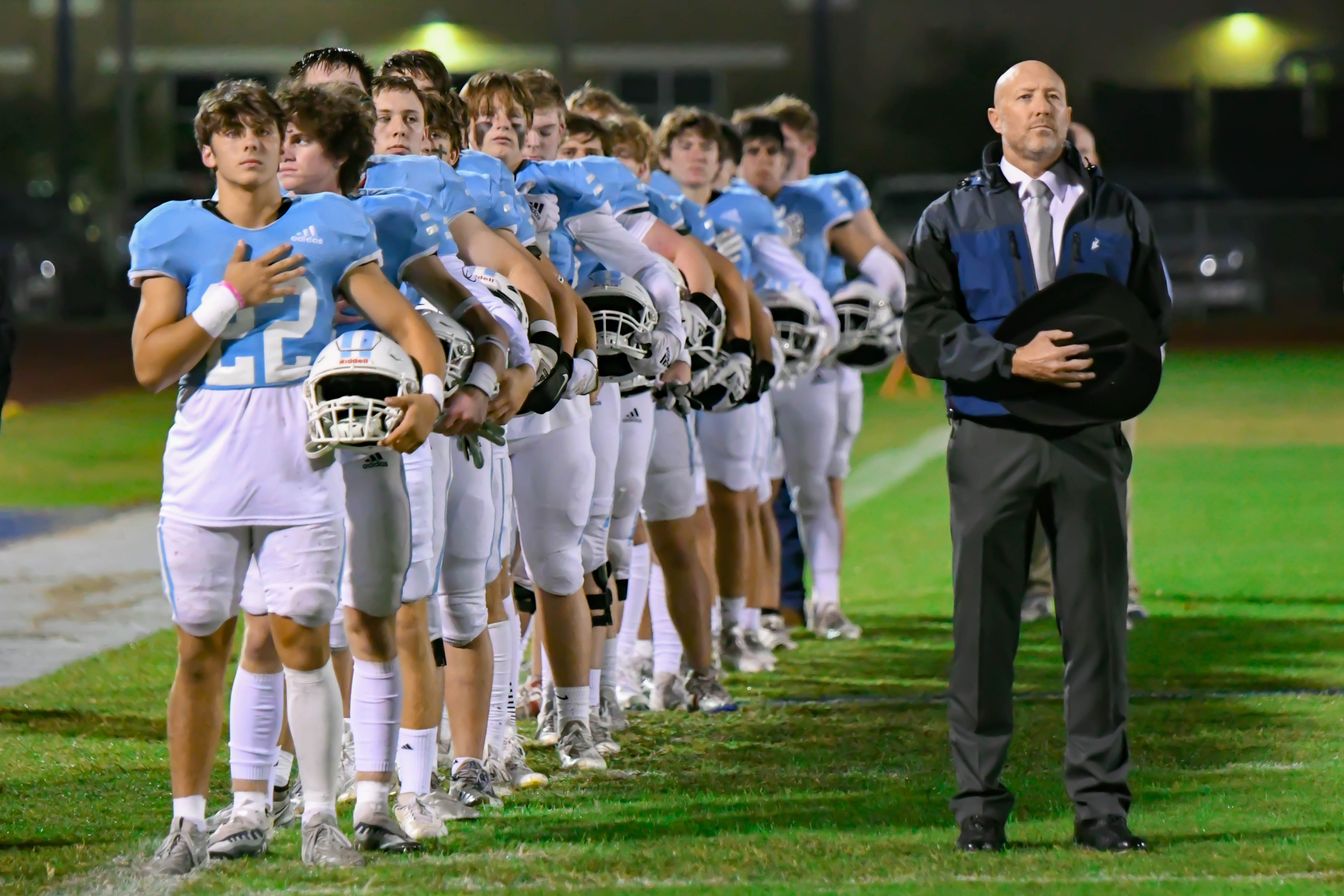 With a dominating performance against Bay Area Friday night, our varsity football team secured their third straight district championship. The 47-0 victory culminated in a district-run that had the Warriors averaging 51 points per game while holding opponents to only seven.

As district champions, CCS will get a first-round bye in the playoffs this Friday, November 11, and will play the winner of an area-round game on November 18 at a site yet to be determined. After graduating a very large senior class, the Warriors began the season replacing 17 of 22 positions for the starting offense and defense from last year's state championship team. Coach Hogan has seen our young team grow into maturity as the season has progressed. “It takes some experience to learn how to consistently play at the varsity level, particularly at a level that meets the standards we have set for ourselves, so it can be slow and filled with growing pains. This group of young men has dedicated themselves to growing and improving individually in order to put themselves in the position to accomplish their season goals.”

This season, the Warriors offense has developed an ability to strike both on the ground and in the air. The offensive line, made up of Tucker Goodall, Andrew Owen, Christian Slabic, Jacob Rauch and Zeke Hogan, has gelled into a unit of powerful run blockers who also give quarterback Max Landrum time to deliver passes all over the field. Landrum, perhaps the best dual-threat QB in our division, is having a strong year both running and passing. Landrum and sophomore running back Warren Haudek have carried the load on the ground while Kyle Prazak, Preston Hamrick, Owen Witschonke and Drew Mestayer have been a dependable receiving corps for the Warriors.

On defense, the Warriors have been a strong run defense and have gotten better overall each week of the season. The defensive line is anchored by All-State nose guard Jacob Rauch, who makes life miserable on opponents' run schemes between the tackles.  A strong rotating cast of Andrew Owen, Christian Slabic, Becket Swinney, Maximus Supplee and Ryan Fisk have all made contributions at the defensive end positions, leading to a solid defensive line.

Having to replace all four starting linebackers seemed to be a challenge, but Coach Hogan says the group has really grown into themselves as we headed into district play. Preston Hamrick, Max Landrum, Cooper Griess, JD Potts and Luke Wisenbaker, have had the majority of snaps while Jackson Potts and Will Simcik have also gotten reps. Quarterback Landrum has played more defense than ever before, and Hamrick, who Coach Hogan calls our “Iron Man”, really never comes off the field.

The secondary is led by safeties, Witschonke, Prazak and cornerback Mestayer while Brayden Stovall and Cody Mabry have gotten quality time in a group that Coach Hogan says is “very smart” and “has really grown into a strong group.”  Additionally, Hogan added, “We also have a very good punter in Brody Johnson who has on multiple occasions flipped the field for us, as well as put a few dead inside our opponents' red zone."

According to the coaches, another thing that makes this group special and has helped the Warriors' growth has been the guys willing to do the behind-the-scenes work in practice or be flexible enough to play multiple positions, out of a selfless heart.  “For instance,” says Coach Hogan, “I can’t imagine us developing like we have without the tireless work of guys like Adler Smith, Luke Ramirez, Reagan Lubs and Noah Utley, who are willing to play any role in practice from their normal position to the scout team.  They are so important to the goals of our team.”

On another note, Coach Hogan noted how much he loves the support groups around our football program. “It takes more than players to create a special program. I think about our cheerleaders, many of whom I’ve coached in track, and our dance team and, of course, our drumline and band. Every Thursday, our players' juices start flowing when they hear our drumline rehearsing from across campus for the next day!  Along with parent and student support, these groups help create excitement and bring an energy to our players and to the game. I also think about Myles Martin filming all of our practices with our drone and guys like Ben Hensley and James Allen working hard as managers at both practices and games. Another special group is our student trainers led by Mr. Brad Newton, our athletic trainer. This team of young ladies consisting of Zoe Brashier, Madison Dodd, Anna Fernandez, Kayla Geyer, Katelyn Hong, Lauryn Jackson, Theede Parker, Anna Smith, Kynsie Ramirez, and Ashlyn McCartney are at every practice, day in and day out, taking care of everything from hydration to ankle taping and lots of stuff in between!"

"Overall, I’m very proud of our team and I’m excited to watch them in the playoffs, competing for the goals we have. I love coaching these guys, they are great young men.”

Our ONE HEART culture is certainly demonstrated by the number of students involved in serving in so many different ways. We look forward to watching our Warriors as they compete through the playoffs once again. 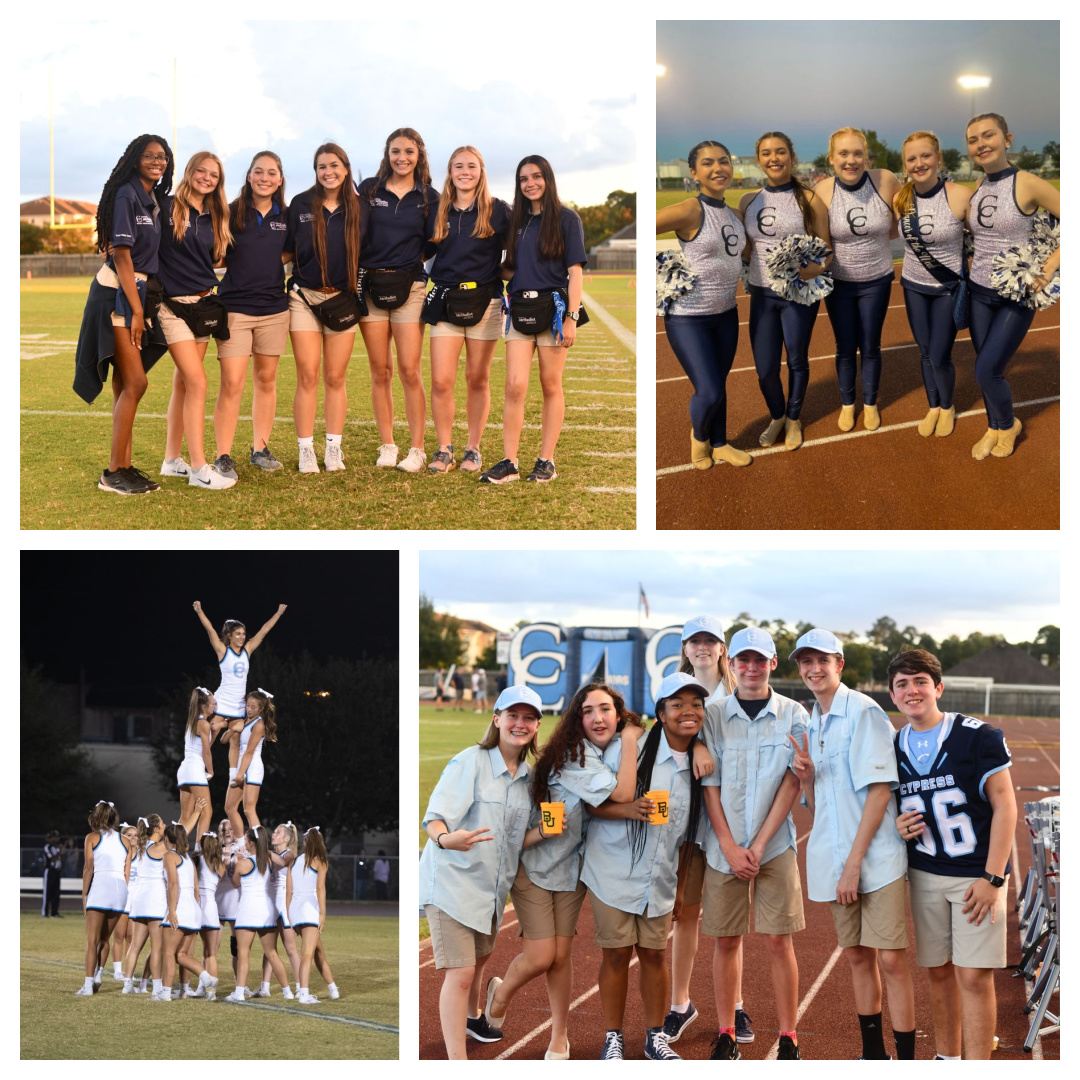