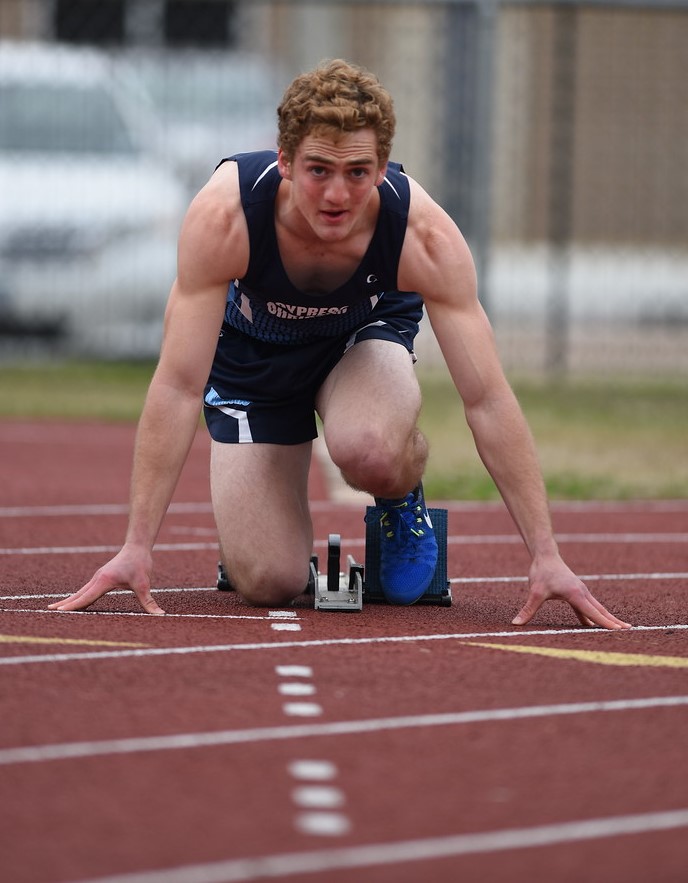 The Warrior Track and Field Team went to Dayton High School last Thursday and competed in another public school meet, competing against 19 4A-6A public school teams. While we didn’t win the meet as a team, the coaches watched times drop dramatically in many races. At this point in the season, that is exactly what we are looking for. We are two weeks out from the district meet and we are ramping up the practices to push our athletes to be completely prepared for District, Regional and State.

Some accomplishments from the meet – John Ethan Baldwin was 3rd in 110M hurdles and 2nd in 300M hurdles, Emma Muehlenbrock was 6th in 110M hurdles with a PR of 16.84. Delaney Heath had a PR of 27.7 in the 200M and Christian Andrus had a PR in the 200M with a time of 24.03. Lauren Storey and John Macune both had a PR in the 800M and Sophia Slabic and Landen Overton did the same in the 1600M. In the boys 100M, Ian Jones and Christian Andrus bettered their season times and Jacob Hotchkiss brought his 400M time down. The girls relay teams had a PR in each of the relays and the boys had a PR in the 4x100M relay and the 4x200M relay. It was a very successful meet against some tough competition.

This Saturday, the Warriors will travel to John Cooper in the Woodlands for another tough meet. Field events and the 3200M begin at 11:30 a.m., with running finals beginning at 3 p.m.

Next week, we will host the Warrior Relays on Thursday, April 12. Be sure to come out and cheer on our athletes as they compete in field events at 4 p.m., 3200M at 4:30 p.m. and running finals at 6:30 p.m. We would love to fill the stands with CCS fans as the team competes against 26 other schools.

The District meet will be held on April 17 and 19 at The Woodlands Christian Academy. Field events, 3200M and running prelims will be on Tuesday and running finals will be on Thursday. On both days, events won’t start until after 3:30 p.m. More information will be given out next week.