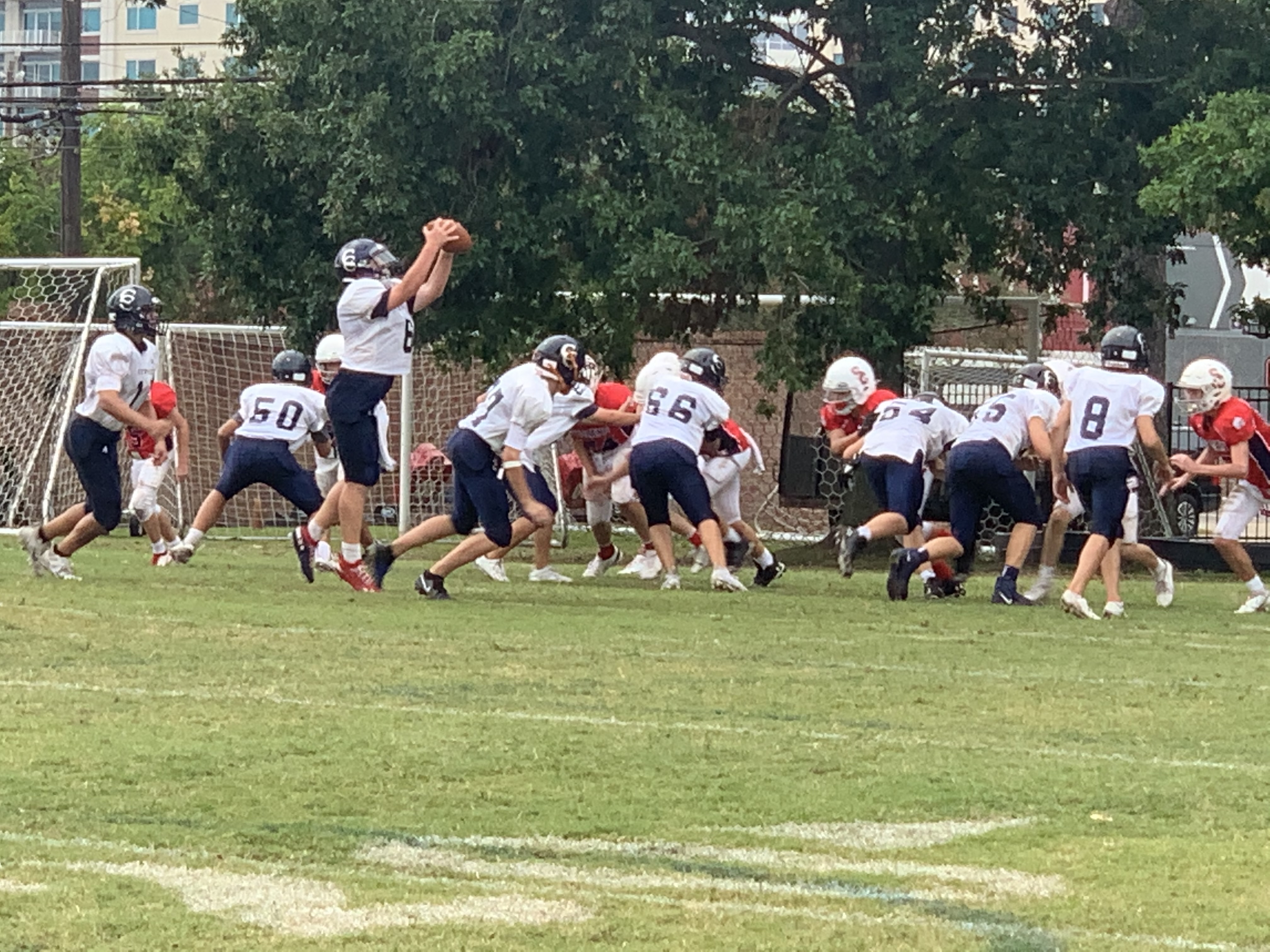 The Warrior middle school football teams have been dominating the field this season. The A-team has started off the season with three wins and one loss, looking for a four-game win streak this Thursday as they face off against Trinity Lutheran.

Led by QB Beckett Swinney, the team has put up 351 passing yards and 302 rushing yards, showcasing an unyielding offense. Swinney has completed 20 passes this season with a completion percentage of 43%, which makes for very exciting football games.

RB Warren Haudek has been virtually unstoppable in the run game. Alongside a disciplined and sturdy offensive line, he has averaged 9.8 yards per carry and 18.6 yards per reception.

The Warrior receivers keep opposing defenses on their toes. Maximus Supplee, Greyson Petru and Matthew Storey have all proved themselves to be easy and reliable targets for Swinney.

The A-team defense keeps offenses under control. FS Cody Mabry and LB Matthew Storey both led the team in interceptions with two, with the team having seven on the season. Combine those with nine fumble recoveries and you get 16 turnovers on the season, averaging four turnovers per game. DT Tyler Bienko has four fumble recoveries alone, leading a very powerful defensive line.

The Warrior middle school B-team is also doing very well this season. On Tuesday, they played their third game, pulling off a nail-biting win against Western Academy with a score of 36-34. This brings their season record to two wins and one loss.

WR Jacob Harper had a great game, returning a kickoff 87 yards for a TD, and catching the game-winning TD with only 20 seconds to go.

QB Will Iler leads the team as a very versatile quarterback. If a receiver is open, he will throw TDs. If he cannot find an open receiver, he will run for the TD. He proved that in the game on Tuesday with 101 passing yards and 185 rushing yards.

Overall, the second half of the MS Warrior football season is looking promising. Keep cheering the Warriors on as they are working towards conference championships!