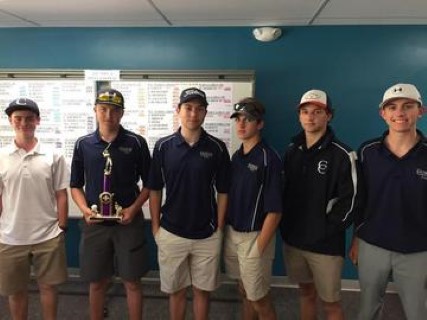 The Warrior golf team competed in the Southwest Christian Academy Invitational on Tuesday, March 21, at Sharpstown Golf Course in Houston. CCS was represented by six boys and two girls.

The boys' team placed second in the tournament with scoring led by junior Nathaniel Richardson who shot a round of 85. Richardson also placed seventh overall in the tournament. Also competing on the boys' team were seniors Michael Pogson and Jack Walsh and juniors Noah Lee, Logan Lacaze and Scott Steinhauser. Competing for the girls were juniors Madelynn Beckman and Tori Davies.

Up next for the Warriors is a practice tournament to be played on Tuesday, March 28, at High Meadow Ranch Golf Club. The team will use this tournament to prepare for TAPPS District play on April 10.