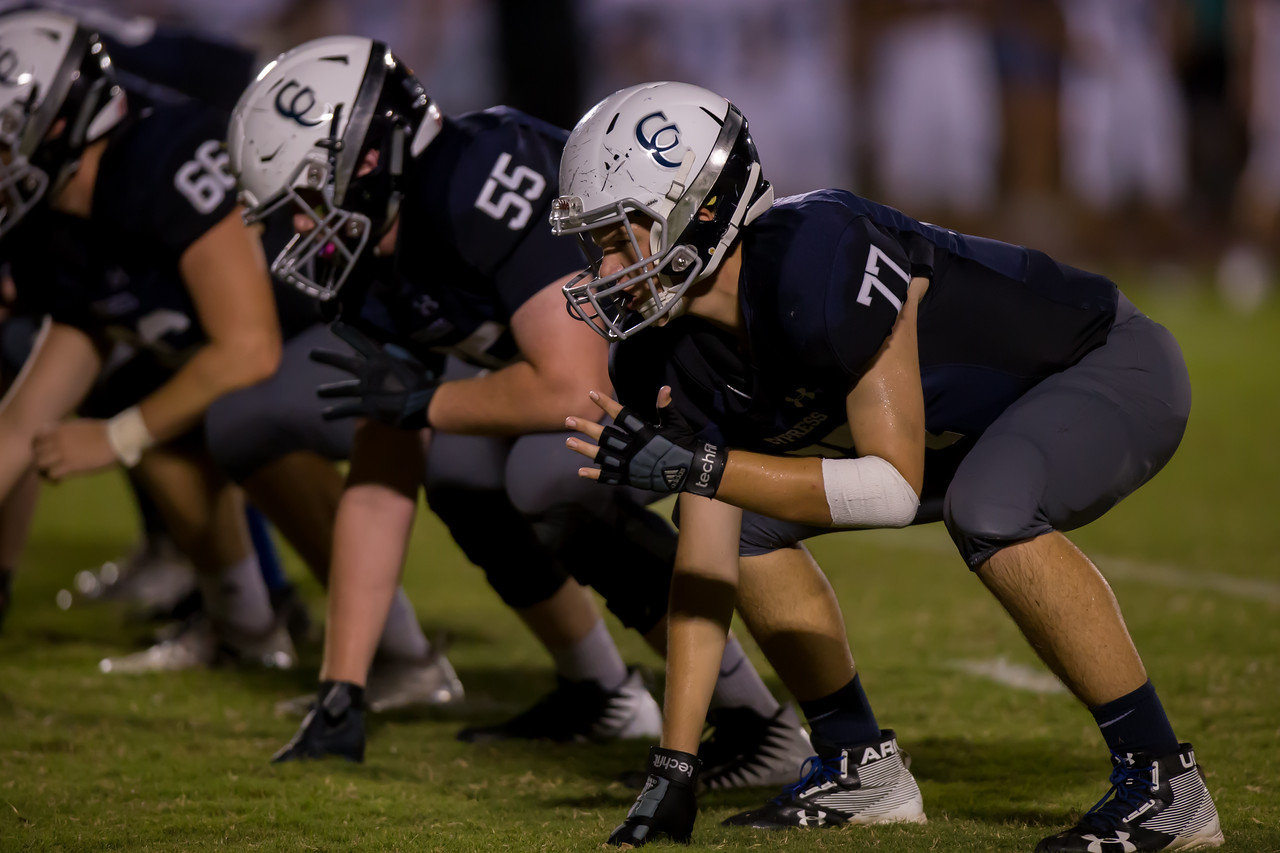 The Warriors got off to a fast start against Northland and never looked back. The offense had great balance as it gained yards at will, both on the ground and through the air. Drue Hirth started the game 8 for 8 with three touchdown passes on the first three drives. He ended the night with 250 yards and five touchdown passes. A fully healthy Jackson Landrum gain 147 yards on 12 carries and found the end zone. CCS opened up a 35-7 halftime lead and extended it to 49-7 in the third quarter. Christian Fleischhauer found the end zone three times to become the all-time leading scorer in CCS history with 318 points.

The Warrior defense forced three fumbles and nearly scored for itself when Wesley Hong recovered a fumble. Hong had 11 tackles including 3 sacks and 4 tackles for loss on the night to lead the defense. The Warriors improved to 2-1 on the young season and will host Shiner St. Paul Catholic on Friday in their fourth non-district game of the season. District play will start on October 12 when the Warriors travel to Houston Baptist University to take on Westbury Christian.