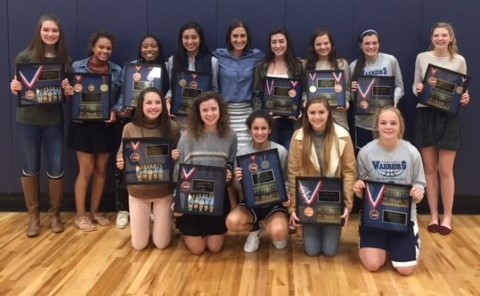 The Lady Warrior volleyball program had a lot to celebrate this year at their end-of-season awards banquet held last week. The program enjoyed a night of desserts and awards presentation with all players, 6-12th grade, meant to foster a family feeling within the programs for both players young and old. The JV and Varsity teams finished with their best records in the programs recent history. The JV team took second in district; while the Varsity team finished the season winning two of their brackets in tournament play, second in district play, area and regional champions and finishing with an appearance in the State Final Four.

We look forward to honoring their All-District, All-State and All-State Academic achievements at the school award banquet.