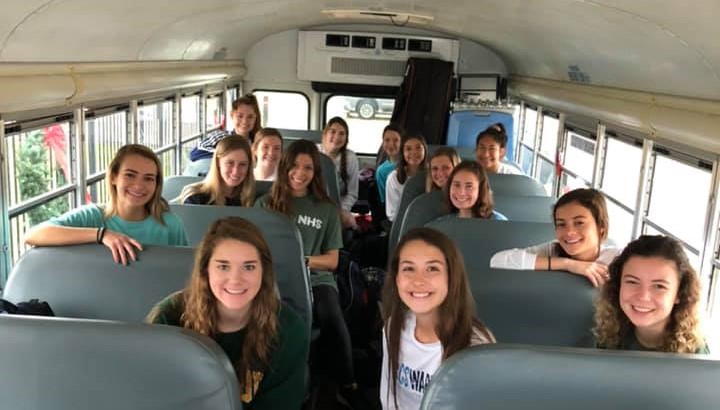 The varsity girls soccer team traveled to All Saints Episcopal School in Fort Worth last weekend for a tournament. This tournament was primarily filled with schools much larger than CCS and the goal was to play against top-level competition so the team could be pushed to their best for the remainder of the soccer season. The Lady Warriors were prepared for the soccer competition, but nothing could prepare them for the terrible weather conditions the team faced. During all three games the wind was howling, the mix of rain, sleet and snow was flying in sideways and the temperature never rose above 35 degrees. At one point the “real-feel” temperature on Coach Mudrow’s phone listed the on-field temperature at 21 degrees!

Despite the difficult weather conditions and the tough competition, the Lady Warriors lost to a tough Grapevine Faith Christian School and prevailed against the Texas International Academy of Leadership and the Casady School of Oklahoma. After the tournament Coach Mudrow said, “I knew my girls were a good soccer team but I had no idea that they were so mentally and emotionally tough. This weather was some of the worst I have seen in my entire soccer coaching career.”

The Lady Warriors currently have one win and one loss in district play with their next two games being on the road against Lutheran South Academy and Fort Bend Christian Academy.