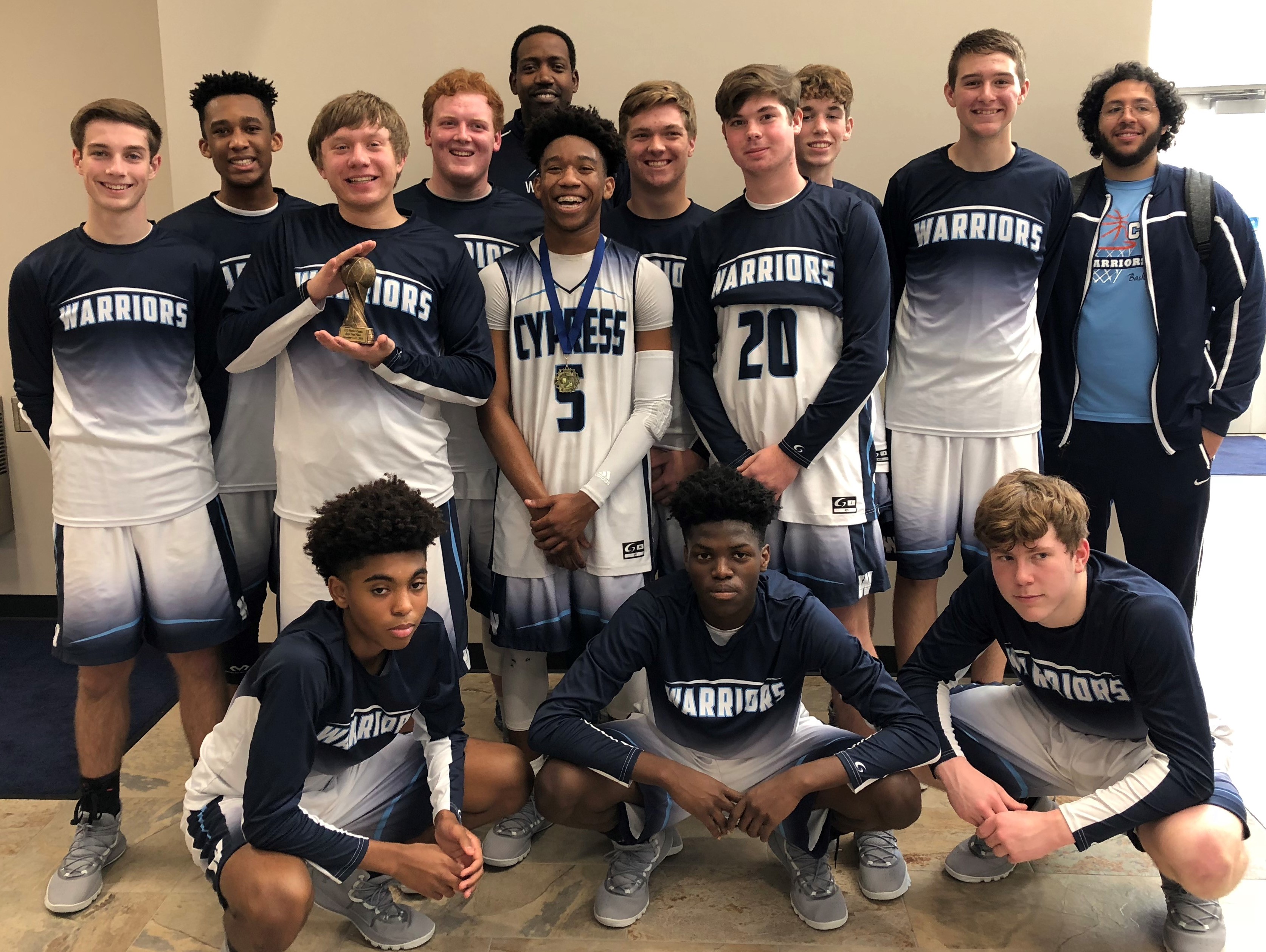 CCS hosted a great varsity tournament last weekend. There were a total of 16 teams competing in the tournament from 13 different schools in the southwest part of Texas. Teams played daily with some great competition. Our own boys team won third place honors on Saturday with Rosehill Christian winning the girls side of the bracket and the Village School taking home first place honors over CHSM in a closely fought battle finishing in overtime for the boys. Eight girls and eight boys were chosen by the coaches to make the All-Tournament team. For Cypress Christian, Sophia Slabic and Nevin Graves earned those honors.

The CCS coaching staff would like to thank all of the Warrior Basketball families for helping make the tournament a success. Once again, the coaches and officials raved about the incredible hospitality room which was made possible by our CCS parents. The gate, concessions and score clock were covered by our parents and athletes throughout the three days. We are honored to work alongside such great families.

District competition for MS and HS basketball teams will start back early in January, so come on out and cheer on our incredible teams. The HS will host Cristo Rey on January 4 and the MS will travel to Rosehill on January 7.