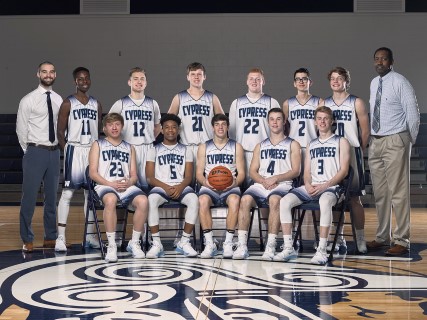 The varsity boys basketball team closed out its 2017-2018 season with a home game against Lake Houston Conquerors on Friday, February 9.  The team played hard and competed well but came up a little short in the end losing the game 61-53.

Overall the team battled  and played hard the entire season, but injuries and not having a full roster until the beginning of January made it difficult at times to find that team chemistry and rhythm that are so important in a sport like basketball. The coaching staff is extremely proud of all of the players and the improvements made throughout the season. We look forward to getting back after it in October and competing in our new 5A district.  Go Warriors!!