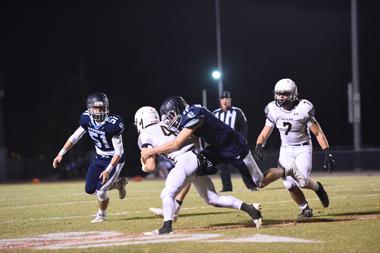 The Warriors defeated Northland Christian behind another explosive offensive night. Josh Holl connected on another seven TDs and set the single game and career records for touchdown passes. The Warriors had four first quarter touchdowns for the second straight week and followed up a 50 point first half score with a 49 point first half total in the two weeks.

The Warriors will move into the playoffs this week as they host Schertz John Paul II on Friday at 7 p.m. at Cypress Christian. Last year CCS defeated Schertz on a last second Jackson Landrum field goal. With a victory tomorrow night, the Warriors will be playing on Friday, November 24 against Brentwood Christian School or Texas School for the Deaf. The game will most likely be in Giddings.