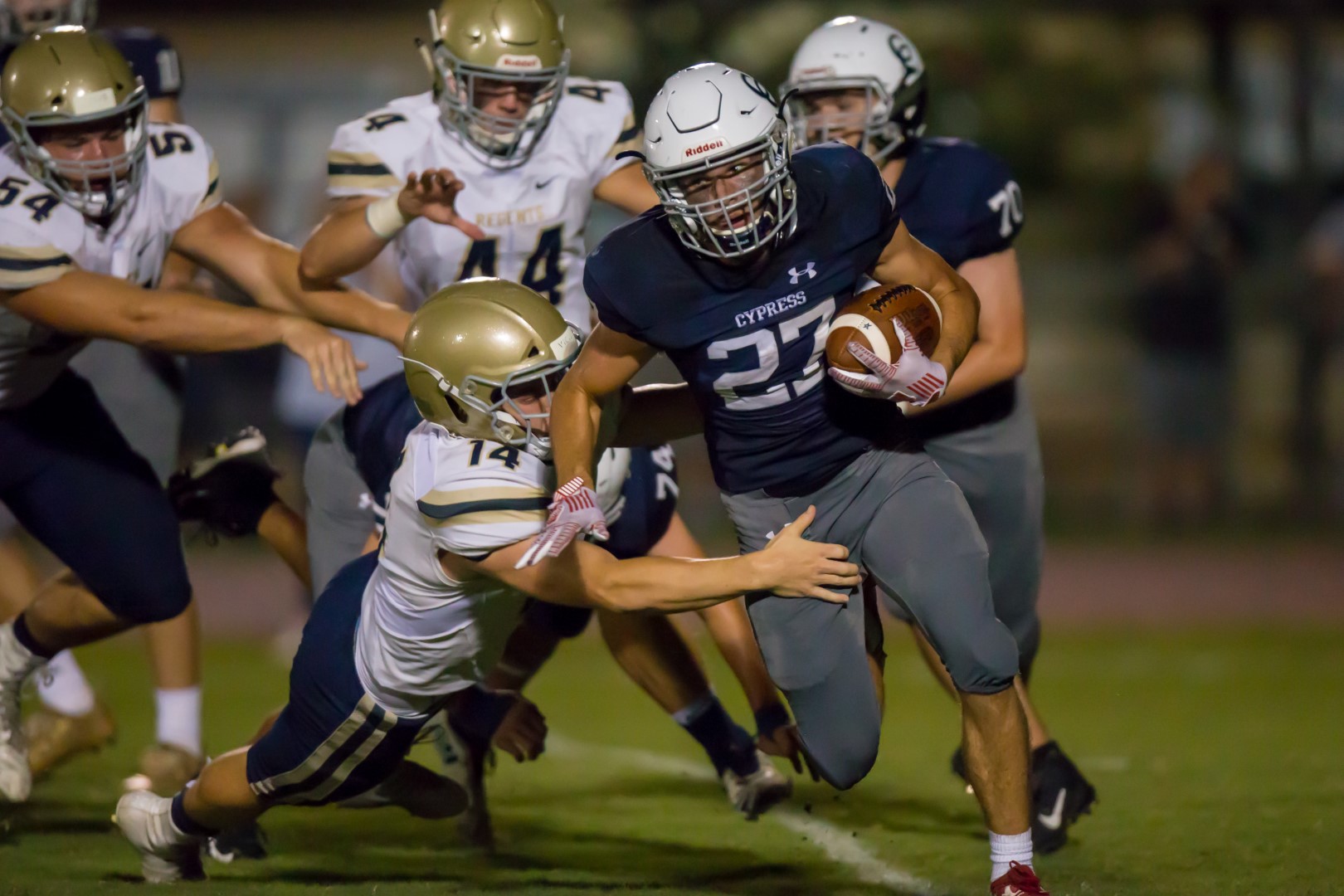 It was a tough night in the season opener for the Warriors who could simply not get anything going against Austin Regents. The game was delayed 90 minutes for lightning prior to the 2018 TAPPS Division II runner-up dominating every phase of the game. The Warriors have dropped the opener to the Knights the last two years but have gone on to have a record of 21-3.

Coach Spenn had this to say, "We want to play great teams to challenge ourselves to be better. It was certainly a tough night, but our goal is to play our best football at the end of the season and win games in November. These challenges make us better and we have already seen a new intensity and level of play in practice."

The Warriors will travel to Houston Christian this Friday night. Last year the Warriors came from behind with a dominant second half to defeat the Mustangs. Kickoff is set for 7 p.m. and the game will once again be broadcast on the Texas Sports Radio Network.

Link to watch CCS vs. Houston Christian on September 6 - https://www.tsrnsports.com/houston-christian-vs-cypress-christian/