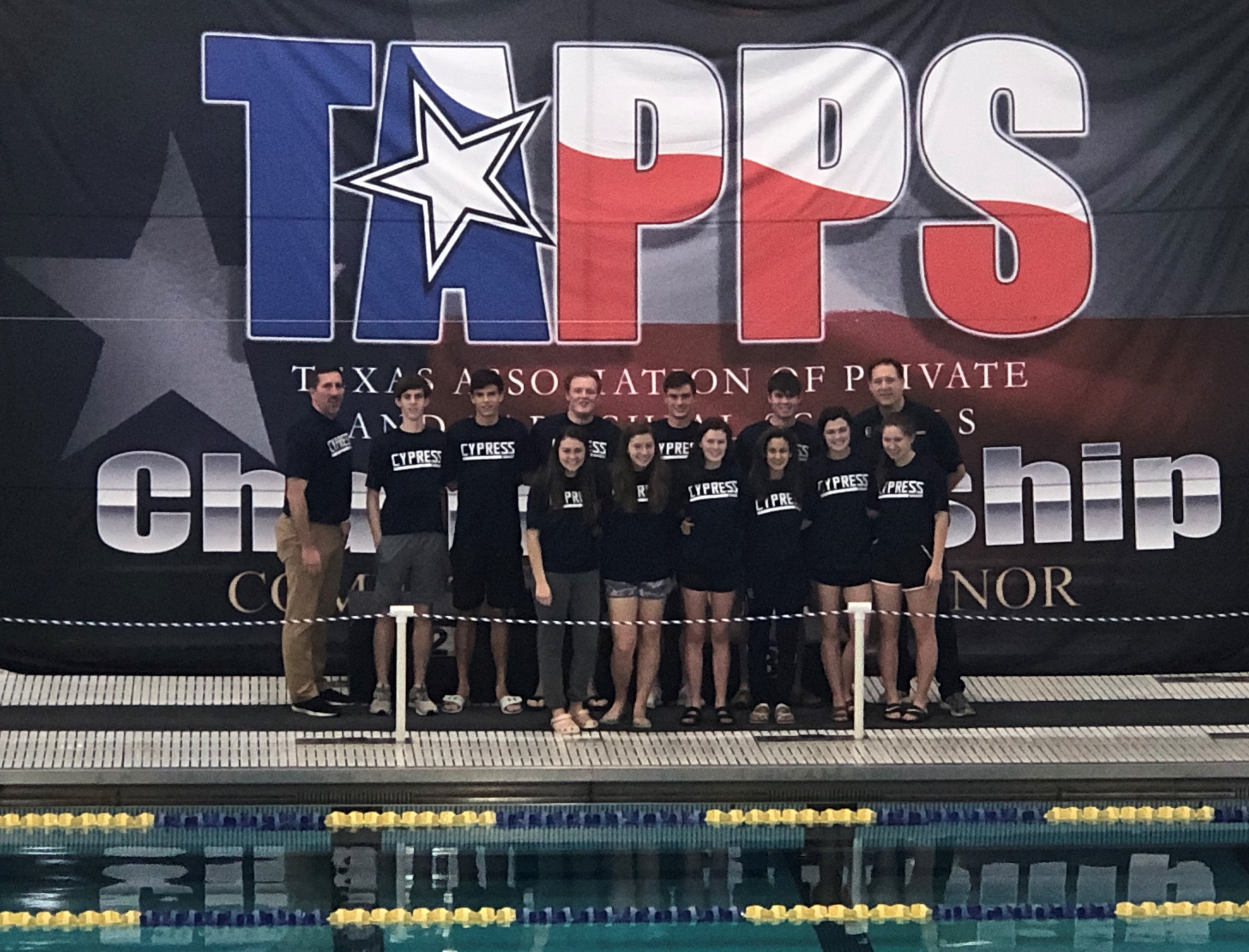 The Warriors took 10 swimmers to the TAPPS State Swim Meet in Mansfield, TX today. The meet was highlighted by CCS Junior, Elliott Jones.

Jones became a state champion in both the 100 Back and 200 IM, setting TAPPS State and CCS school records in both events. He swam the 200 Individual Medley in 1:51.24 (personal record) and the 100 Backstroke in 50.21. Jones, an Auburn University commit, was also awarded State Swimmer of the Meet for the Eastern Region.

The girls 200 Medley Relay started off the meet with a great swim, dropping over five seconds to a 2:30.39, finishing 14th after being seeded 16th. Molly Mitton turned in a personal best 29.11 50 Free to anchor the team of Dani Moreira, Libby Mitton and Lauren Whitmarsh.

The girls 200 Free Relay turned in a time of 2:06.1. They dropped over five seconds and finished 14th. The team was made up of Dani Moreira, Cameron Whitmarsh, Lauren Whitmarsh and Molly Mitton.

Preston Witschonke was the only other swimmer to swim an individual event. He turned in a time of 1:14.96 in the 100 Breast to finish 13th. It was a personal best and he broke his own school record.

The boys competed in both the 200 and 400 Free Relays. The 200 Free Relay consisted of Connor Newell, Konnor Kovacs, Preston Witschonke and Collin Tate. They dropped over seven seconds and finished 15th with a time of 2:02.1.

The 400 Free Relay consisted of Elliott Jones, Connor Newell, Preston Witschonke and Collin Tate. They dropped 13 seconds and finished eighth with a time of 4:02.82.

Overall, despite being one of the smallest schools, the boys finished 12th out of 21 schools, fueled by two championship swims by Elliott Jones.