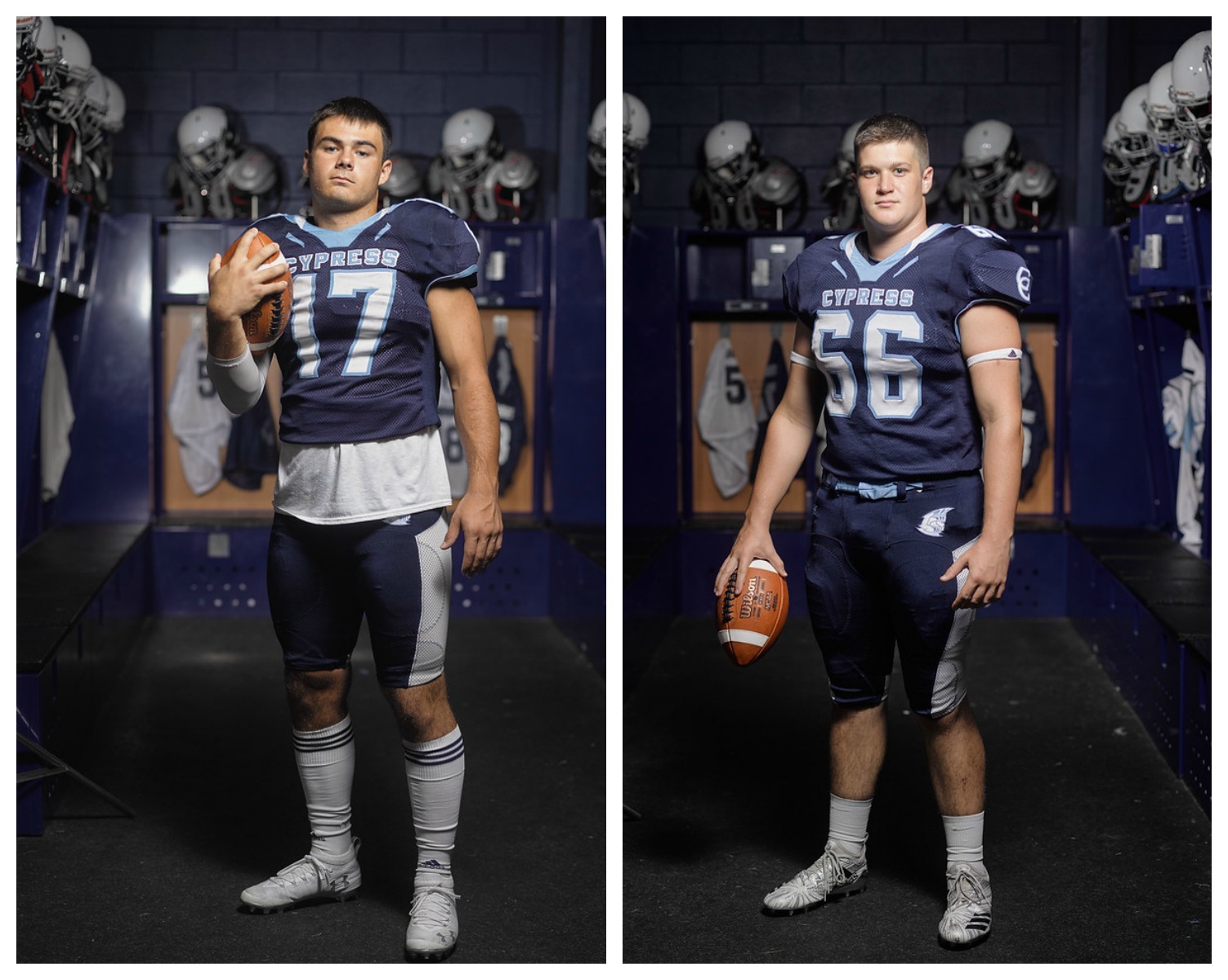 Townsend has been a two-year starter for the Warriors at center. Coach Spenn said, "Over his 26 games as our starting center, I cannot think of a bad snap out of the shotgun. He put tremendous effort into his long snapping and the snaps were perfect this season. It will be a big challenge for Garrett at A&M but an amazing experience and I am excited to see his dreams come true."

Fleischhauer has been the most dynamic player in CCS school history. Earning all-state honors on both sides of the ball in consecutive years. Coach Spenn said, "He has the ability to change any phase of a football game and I can certainly see him contributing to ECU in his first year. His stat line at CCS for his career is simply amazing."

He finished his career with 51 touchdowns, five came on special teams and four on defense. He had 16 interceptions, four fumble recoveries and 3 forced fumbles. He had 371 touches of the football for 3,735 yards, 155 tackles including 18 tackles for loss and 2.5 sacks. His career record at CCS as a starter was 31-7.

Congratulations to these two state champion football players that will get to further their playing careers at the next level.