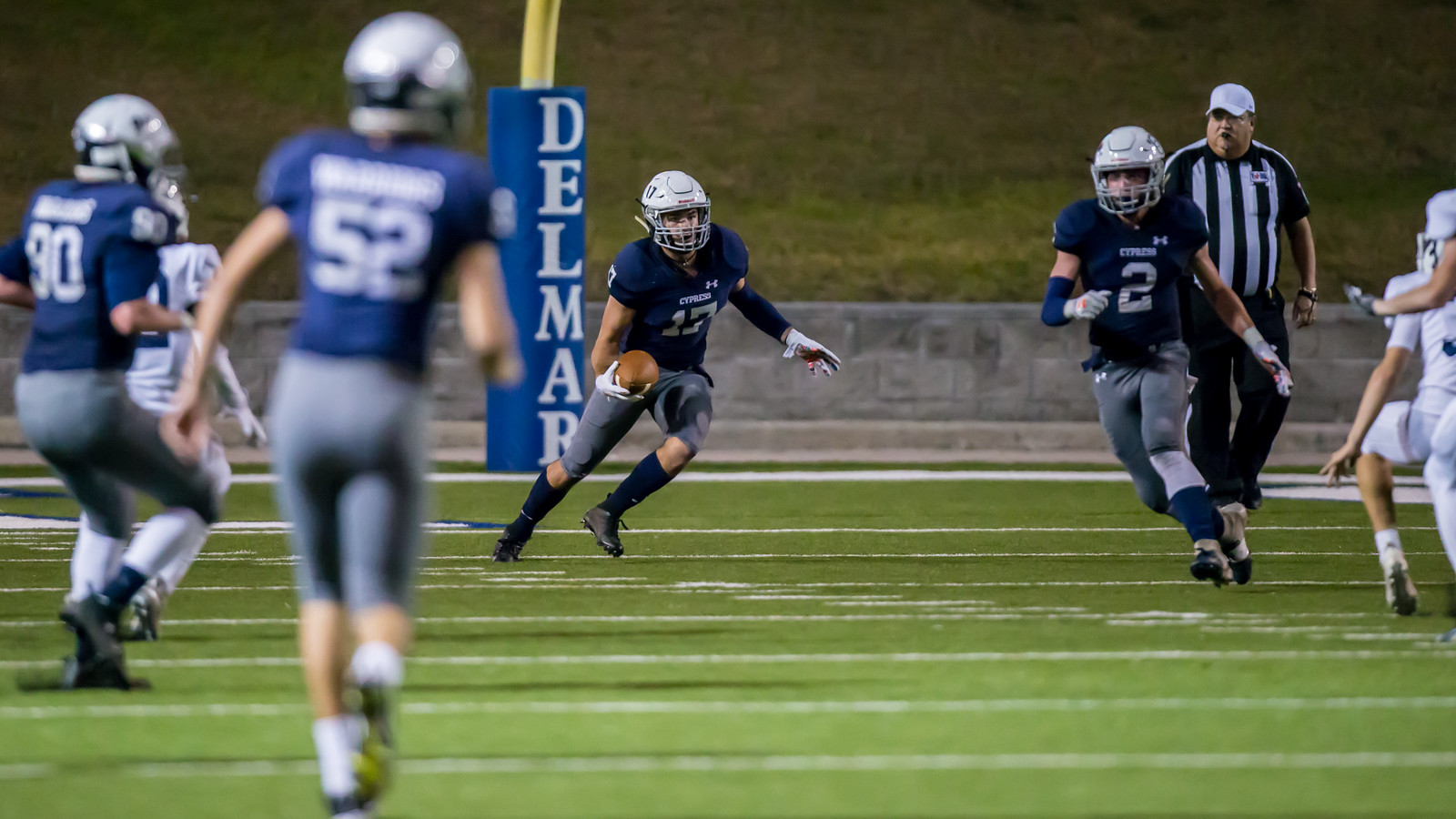 Christian Fleischhauer will be honored as a member of the TD Club of Houston Private School Post Season Team. The senior had an impressive career at CCS He finished his career with 51 touchdowns (five came on special teams and four on defense). He had 16 interceptions, four fumble recoveries and three forced fumbles. He had 371 touches of the football for 3,735 yards. He had 155 tackles including 18 tackles for loss and 2.5 sacks. His career record at CCS as a starter was 31-7. He holds career records for points scored with 306, forced turnovers with 19 and return yards with 1,687. He will be honored by the TD Club of Houston on December 5 at a dinner at the JW Marriott in the Galleria.