Secondary Track & Field Off to a Great Start for 2017 Season 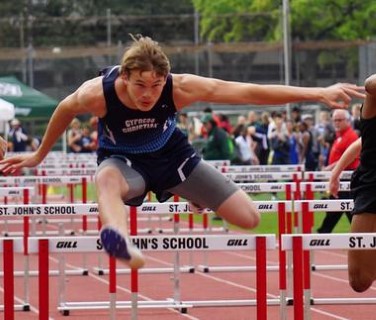 The track and field coaching staff is thankful to have almost 80 students in grades 6-12 working hard to prepare for each meet.

Middle school track and field got off to a great start with athletes competing in their first meet on Feb. 23. Each of the athletes competed well in the events, and they are ready to travel to Northland for their next meet. Cypress Christian will host the middle school district meet on April 10-11. Make plans to be a part of the action.

High school track and field athletes competed well in the second meet of the season at Rosehill Christian. Almost every athlete had a personal best in their events. The boys earned Meet Runner-up while the girls' team grabbed third place honors. John Ethan Baldwin added medals to his collection as he won the triple jump, long jump, 100 m. dash, and 300 m. dash. He also helped the 4x400 relay team bring home the silver in their race. Delaney Heath collected a first place in triple jump and a second in long jump. Foster Paulsen earned the bronze in discus. Our newest event, pole vault, added a new competitor for CCS as Austin Foster won second place, and Austin Henry joined the ranks with the third place medal. ﻿ The CCS high school team will host two meets this season - one on April 1, and another on April 6.