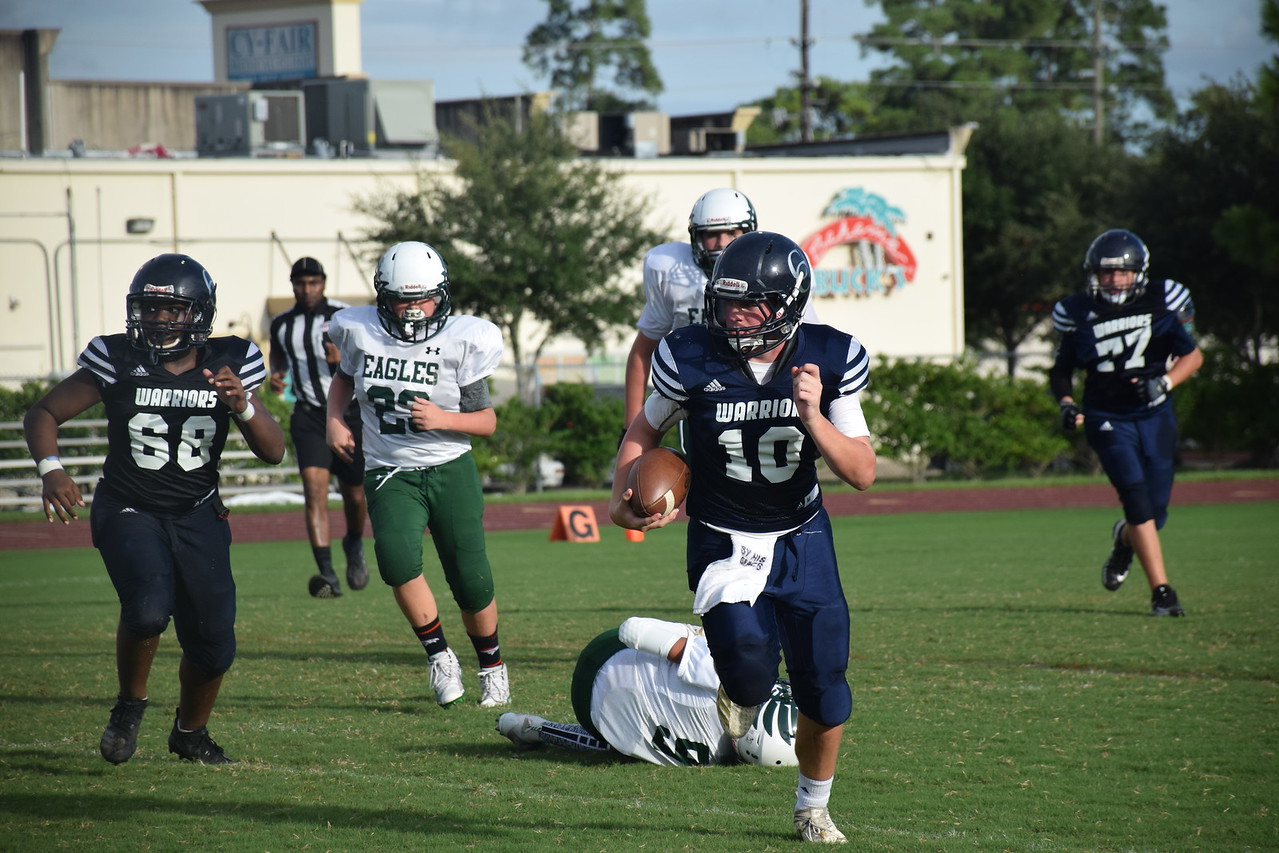 The Cypress Christian MS football A team finished a great season with the record of 4-3-1.

• The offense was led by 8th grade QB Max Landrum who led the team in total touchdowns (16).

• The offensive player of the year, WR/KR/K Owen Witschonke, led the team in receiving touchdowns (three) and added two kickoff returns for touchdowns.

• 7th grade WR Brayden Stovall finished the season with one receiving touchdown and a number of key blocks that proved to be a pivotal piece of the CCS run game success.

• 8th grade WR Sam Sager added one receiving touchdown and was named the most improved player following a great season in his first season of football.

• The Offensive Line was led by Lineman of the Year, Center, Parker Coates. The members of the offensive line were:

With a new defense and a new roster, the Warriors defense held strong all the way towards the end of the season. The main strength of the defense was the secondary, led by Zach Thibodeaux and Wade Butler, who accounted for three interceptions and two fumble recoveries for a total of five turnovers. The secondary played a major role in preventing passes and making touchdown-saving tackles.

The defensive contributions from the front seven cannot be overlooked. Under the leadership of William Ellisor, who displayed great vision and control of the game, the defensive linebackers stood their ground. With aggressive play calling, Thomas Boyce and Luke Wisenbaker wreaked havoc in the backfield.

There were highs and lows throughout the season, but one thing is certain, the defense stuck together and played as a cohesive team. Overcoming obstacles became the purpose for the defense.

Overall, this was a great year for the defense and much improvement from the beginning to the end of the season. We cannot wait to see what is in store for these young men in the future; whatever it may be they, the Warriors will be great!