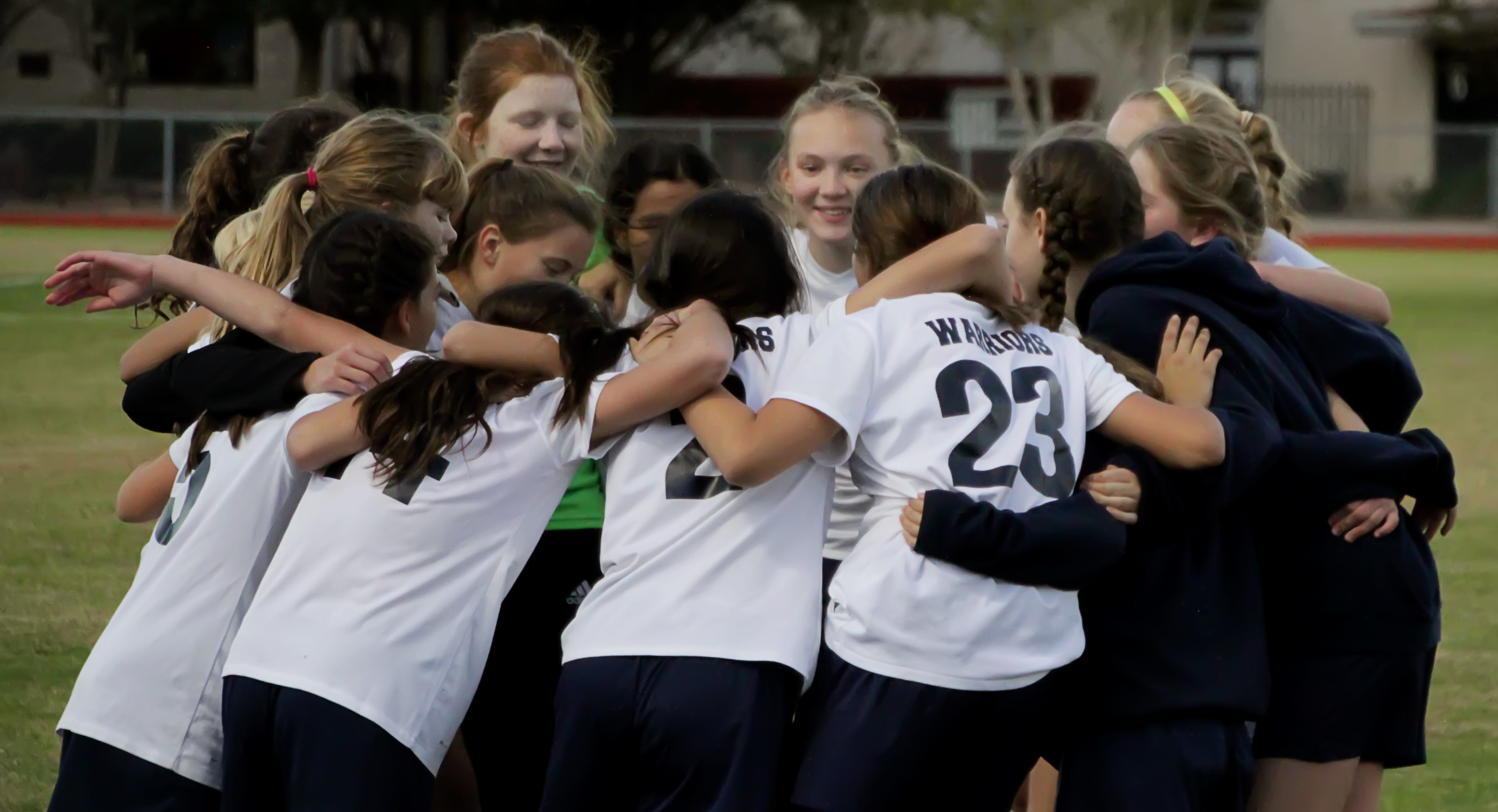 Remembering that they are "Stronger Together" was what the girls MS soccer team focused on during the 2019-2020 season. Ecclesiastes 4:12 explains that a chord of three strands is not easily broken and that we are designed to work together. Soccer is a sport that requires teamwork and is a sport where one person cannot beat another team all by themselves. By coming together as a team, the MS girls had a great season. Their record was 8-3-1, but those numbers don’t tell the whole story.

The Warriors started the season will a 9-0 win and continued to beat every team they played except The Woodlands Christian Academy. CCS and TWCA met for the last time in the district finals. The Warriors knew that it would be a tough game. They dug deep and played hard, yet the score after regular time was 0-0. In the 10-minute overtime period, the Warriors had many opportunities to score, but the ball just couldn’t find the back of the net. With it being 0-0 at the end of OT, the two teams had to go head-to-head in a shootout. Although the Warriors did all they could to win, they lost 3-4 at the end of the shootout.

Despite the loss in the district final, the girls stayed true to Ecclesiastes 4:12. As one girl faltered, another lifted her up. When some were anxious, others helped calm their nerves. They won games as a team and they lost games as a team.

After the season was over, the Warriors got the opportunity to watch a USWNT Olympic-qualifying match. They got to witness some of the best women in the world play soccer. The Warriors were not far from the action and were able to see how the USA connected passes and moved off the ball to create scoring opportunities. These plays resulted in eight goals that night. Hopefully, this will inspire the MS Girls team to continue to work hard next season and will again remind them that they are indeed "Stronger Together".