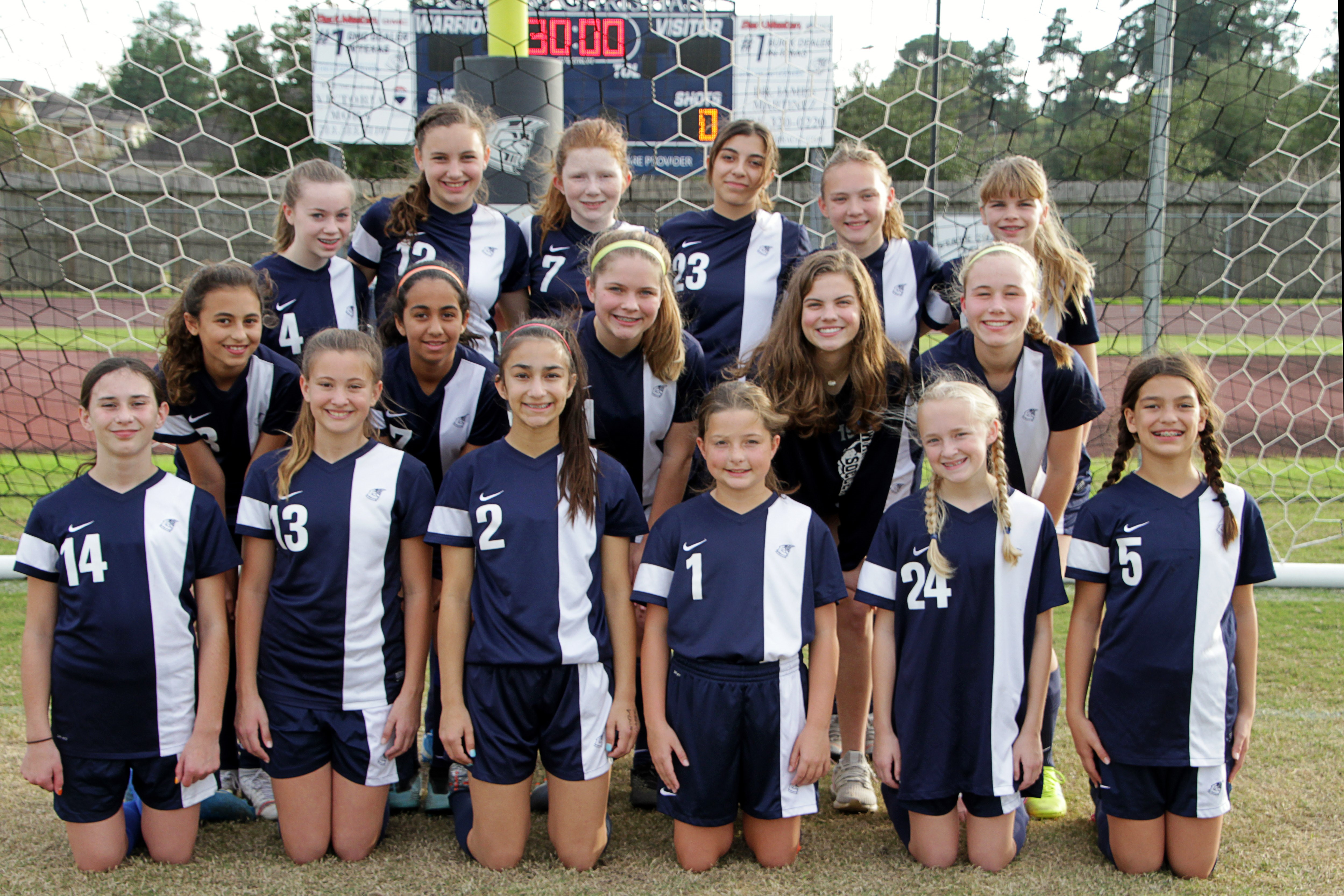 The middle school girls soccer team had a great regular season with a record of seven wins, two losses and one tie. The Lady Warriors defeated Northland Christian in the semi-final game and met The Woodlands Christian Academy for the fourth time this season in the district championship. With TWCA accounting for both losses and the tie during the regular season, the Warriors knew the district championship would be a hard-fought game.

The game ended regulation play at 0-0, went into overtime for 10 minutes and resulted in a shootout with the CCS Lady Warriors would fall just short, losing in penalty kicks 3-4, finishing the season as district runners-up.

It was a great season and we are so proud of the hard work displayed by this team!