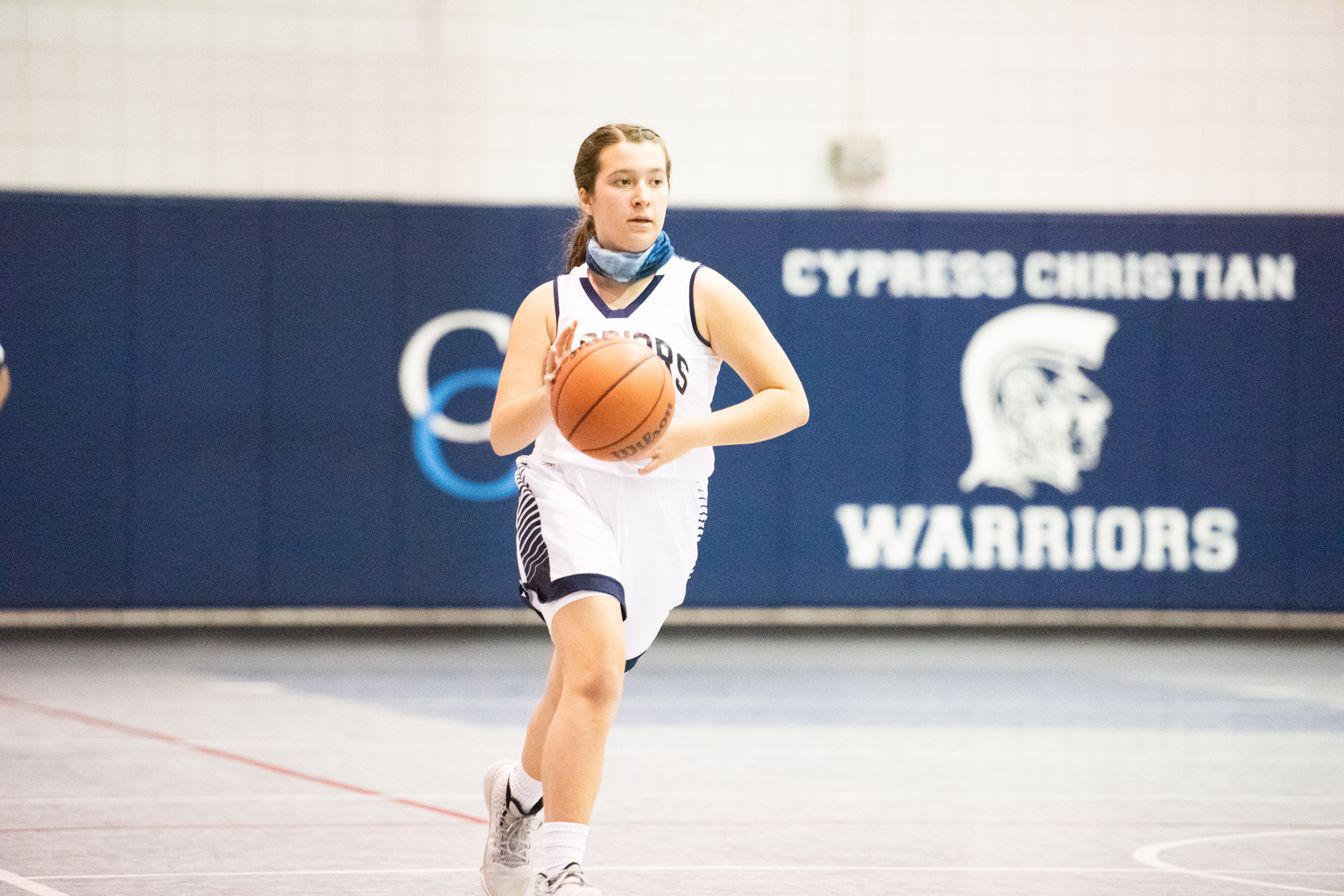 The middle school girls basketball teams completed their season this past weekend with the girls' A and B teams each competing to defend their 2019-2020 championship titles in the HAPS District Championship games at Magnolia Legacy Prep on Saturday, January 30.

The A team, led by Coach Wanic, battled hard in their competition vs. Legacy Prep. The team played aggressive defense with strong support from the offense as it was a back-and-forth battle for the district title. Unfortunately, the game did not end in a Warrior win as the team lost by one point. The A-team girls grew in basketball and life maturity this season as they executed new plays, improved in passing and stayed committed to encouraging their teammates, and thus, creating a strong unit on the court. The team was led by eighth-graders Violet Clement, Aleah Dziubarczyk, Audrey Fransen, Melody Janz, Kacey Trieu, Nicole Santos, Caroline Tate and Sophia Wanic. Rounding out the talent and endurance on the team with strong shooting and hustle were seventh-graders Erica Davenport and Sophie Fransen.

The B team, led by Coach Tate, took an early lead in their game with a strong press and never looked as they scored 19 points before halftime and held their opponent to only one basket. In the second half of the game, the team continued to hold the lead allowing Legacy Prep to only score a total of 10 points, thus, winning the game and earning the championship trophy with a final score of 28-10. The team grew stronger throughout the season and developed into a strong, cohesive unit with friendships formed across grade levels as they were led by eight-graders Rachel Austin, Ana Clements, Avery Connelly, Kaitlyn Gutierrez, Hope Hotchkiss and Katie Schmitt. Leading the team as point guards were seventh-graders Audrey Petrowski and Kayla Geyer. Seventh-grader Tatum Webb provided strong support in the post position with sixth-grader Katie Hirth anticipating passes, steals and taking shots from the wing.

The C team, led by Coach Phipps, ended their season with a home game win against The Woodland Christian Academy on Friday, January 22. The team hustled and played with perseverance as they looked for that perfect shot to take the lead over TWCA. Once the shots started falling, the team was headed for the win. The team, consisting of all sixth-graders, was led by point guard Elizabeth Montalbano and rounded out with tenacity from other team members Ava Benningfield, Jolie DeLongchamp, Jaeda Dumas, Olivia Granato, Corinne Haudek, Madison Mynes, Maddie McCown and Lauren Murray.

The MS Lady Warriors would like to thank all of the parents and volunteers who supported their season in the stands and in serving in various roles at all the home games. 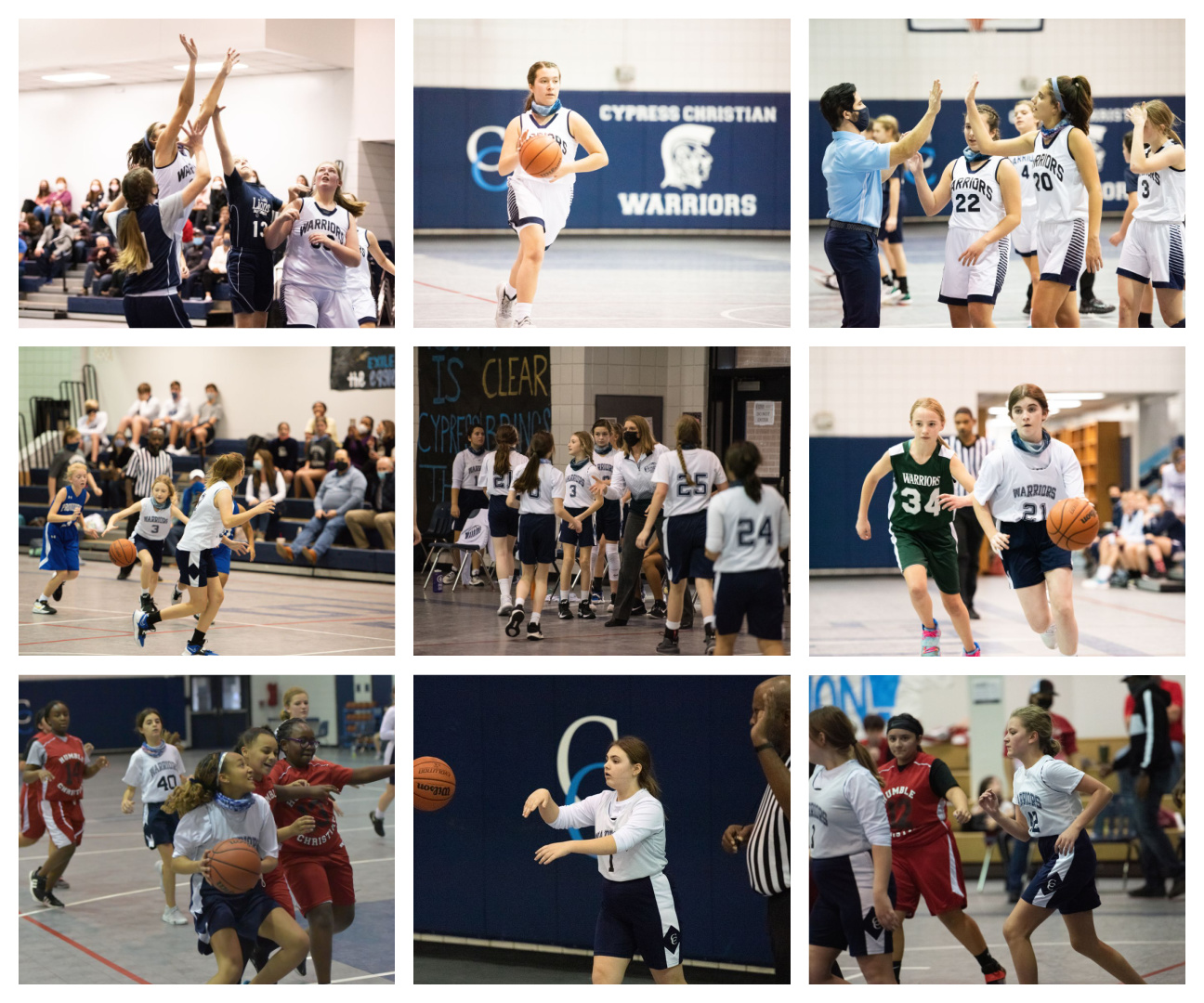