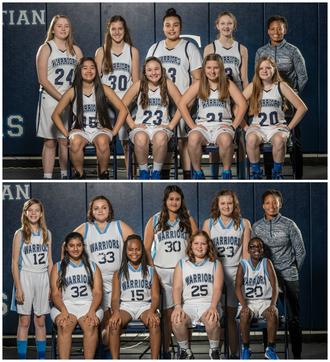 The middle school girls basketball teams ended their season with some well-fought games.

The B team was comprised of young ladies who learned so much in their first and second seasons. The A team made it to a tie-breaker game with Providence. They fought hard - building their score up to go ahead of their opponent for a short time in the first half, but Providence just had too many shooters. The A girls continued to fight hard in the second half with one more surge of scores, but in the end fell short of the win. Their season ended just before the tournament but the girls showed great determination and fight, and are already planning to get in the new gym this summer to work hard on improving their skills.

Coach Ellis worked the girls hard this season, and they learned a great deal while having fun playing together. CCS looks forward to more great middle school basketball fun and play next year.