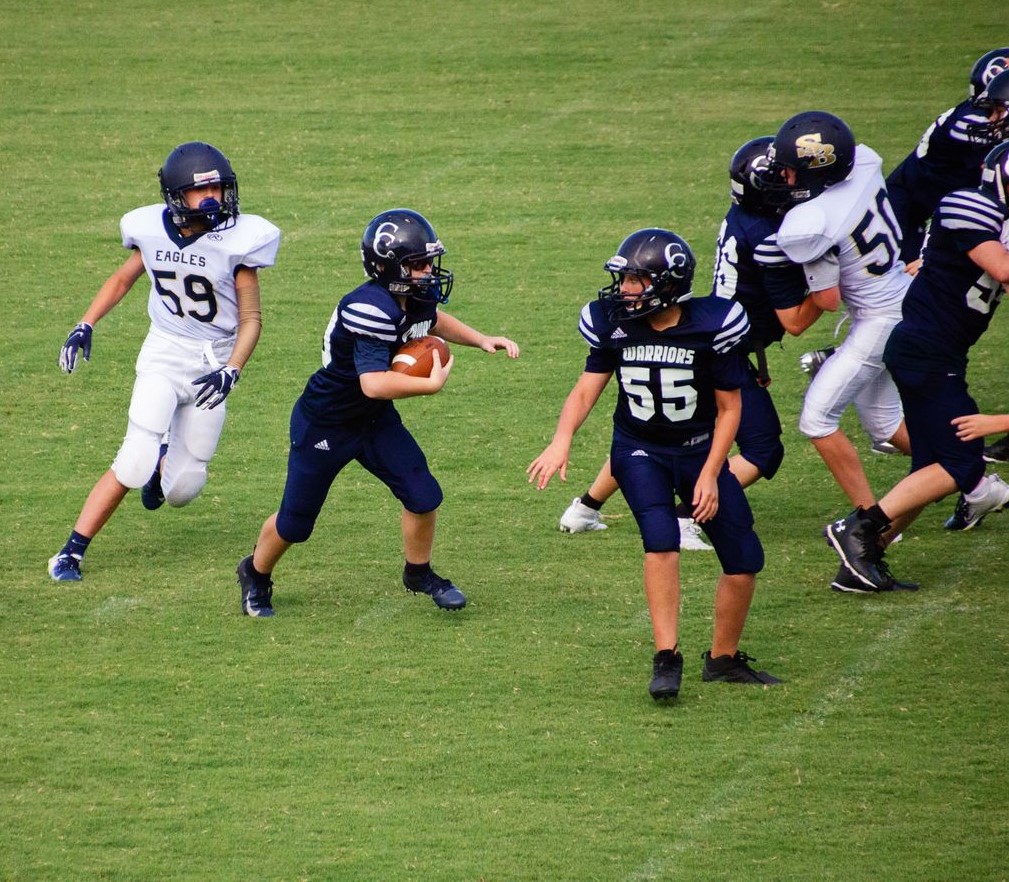 The middle school football teams are off to a great start! Both teams started the season with victories in each of the first two weeks of play. The A team traveled to Bryan, TX and had a dominating 36-2 performance against Brazos Christian the first week while the B team battled to a 6-0 win over a solid Second Baptist team. In the A team game, JD Potts led the offense with two rushing touchdowns and a passing touchdown to Owen Witschonke while Luke Wisenbaker and Andrew Owen ran the ball with determination all game. The defense had some great stops and fought hard to ensure that the Brazos Christian offense never crossed the goal line. In the B team game, Grayson Petru surged into the endzone with the help of some great offensive line blocking to score the games only touchdown and the CCS defense was able to hold the Second Baptist offense scoreless for the win.

The second week of the season saw two more victories. This time the B team won 43-0 and the A team battled to a 16-12 victory both over Lutheran South. In the B team game, the offensive and defense lines led by Noah Utley, Colton Beckman, Tyler Bienko, Rowan Smith and Griffin Parker set the tone early and controlled the “trenches” which allowed the CCS offense to run and pass the ball effectively all game. For the A team game, all in attendance witnessed an exciting middle school football game between two evenly matched teams. CCS was able to put together a nice opening drive that ended with a 49-yard rushing touchdown by TJ Smith followed by an extra point kick by Owen Witschonke. But then a tough, physical Lutheran South team answered with two touchdowns, one in the first half and one in the second, taking a 12-8 lead. The CCS defense had been pressuring the opposing quarterback all game and it paid off late in the fourth quarter with an interception by Brayden Stovall setting up the CCS offense to take the ball and drive in for the game-winning touchdown by quarterback JD Potts.

Both teams are excited about the start to the season, but understand that they need to improve each week individually and as a team as they continue to learn how hard work and great effort allows them to have success on the field and to glorify their Savior, Jesus Christ, with the talents they have been given.