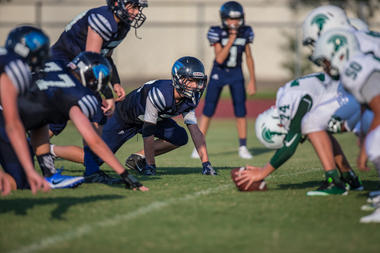 The middle school football team entered the fourth week of their season. Both teams have worked hard and improved. The A team had a tough one-point loss to Woodlands Christian on a game winning field goal. Jonathan Lewis rushed for over a hundred yards and also had five touchdowns. The defense had some great stops and fought hard to the end only to give up a field goal. The Warriors B team played a tough John Cooper team, but each player gave great effort.