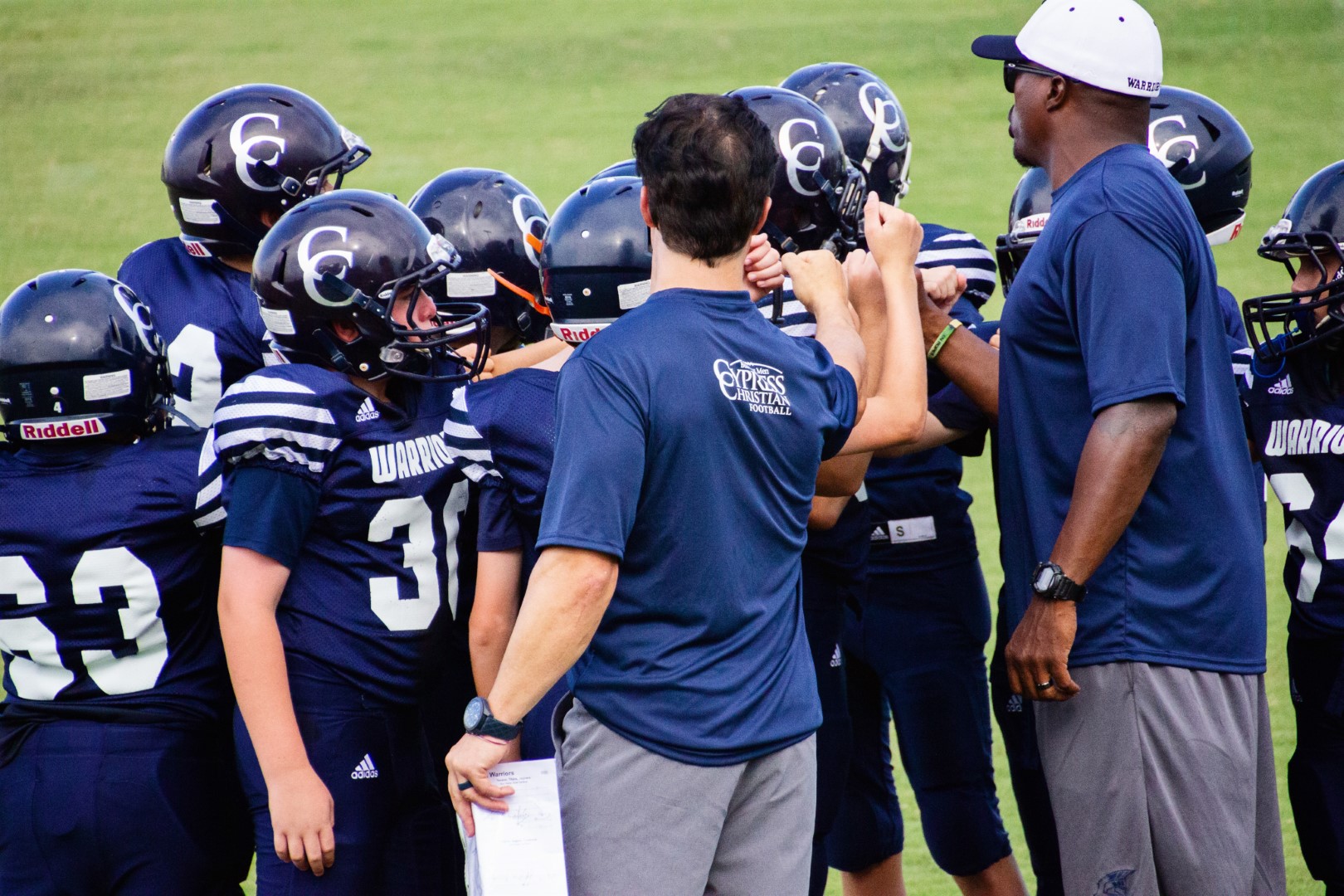 Both middle school football teams entered the third week of the season with two wins and no losses; however, only one finished the week with a 3-0 record. The B Team played an improved seventh-grade Second Baptist squad on Tuesday and, although the defense held the opposing offense to only one touchdown, the CCS offense was not able to find the end zone. A highlight for CCS was when Cody Mabry received the kickoff to start the second half and proceeded to maneuver and sprint his way past defenders and up the sideline, almost breaking away for the touchdown, but the last defender was able to steer him out of bounds. The Warriors used that spark and were able to hold Second Baptist scoreless in the second half. There were plenty of great lessons learned, as the team had to deal with several key injuries and inclement weather, and teammates had to step up into unfamiliar positions as the Warriors competed until the final whistle.

The A Team traveled to The Woodlands Christian Academy, last year’s district champions, ready for a tough test and the game did not disappoint. The first half was a defensive battle as CCS took possession of the ball with 10 seconds left on the clock on their own 30-yard line. Owen Witschonke then took the handoff on a reverse and scampered 65 yards, almost twisting away from the last tackler as the clock ran out. The score remained 0-0, but that play energized CCS. The Warriors were able to carry that momentum forward as they received the second-half kickoff and proceeded to drive the ball down the field, capping the drive off with an eight-yard touchdown run by Luke Wisenbaker. Woodlands Christian came right back with a drive of their own, but the Warrior defense tightened up in the red zone and stopped the offense on third down, setting up a field goal attempt which sailed wide left. On a hot, humid night, the Warriors controlled the line of scrimmage for most of the second half. highlighted by a quarterback sneak on fourth down and short to seal the game as CCS finished in victory formation. The young Warrior team walked off the field through the beautiful Woodlands campus knowing that the effort and teamwork they showed in the second half led to a hard-fought 8-0 victory over a solid team.