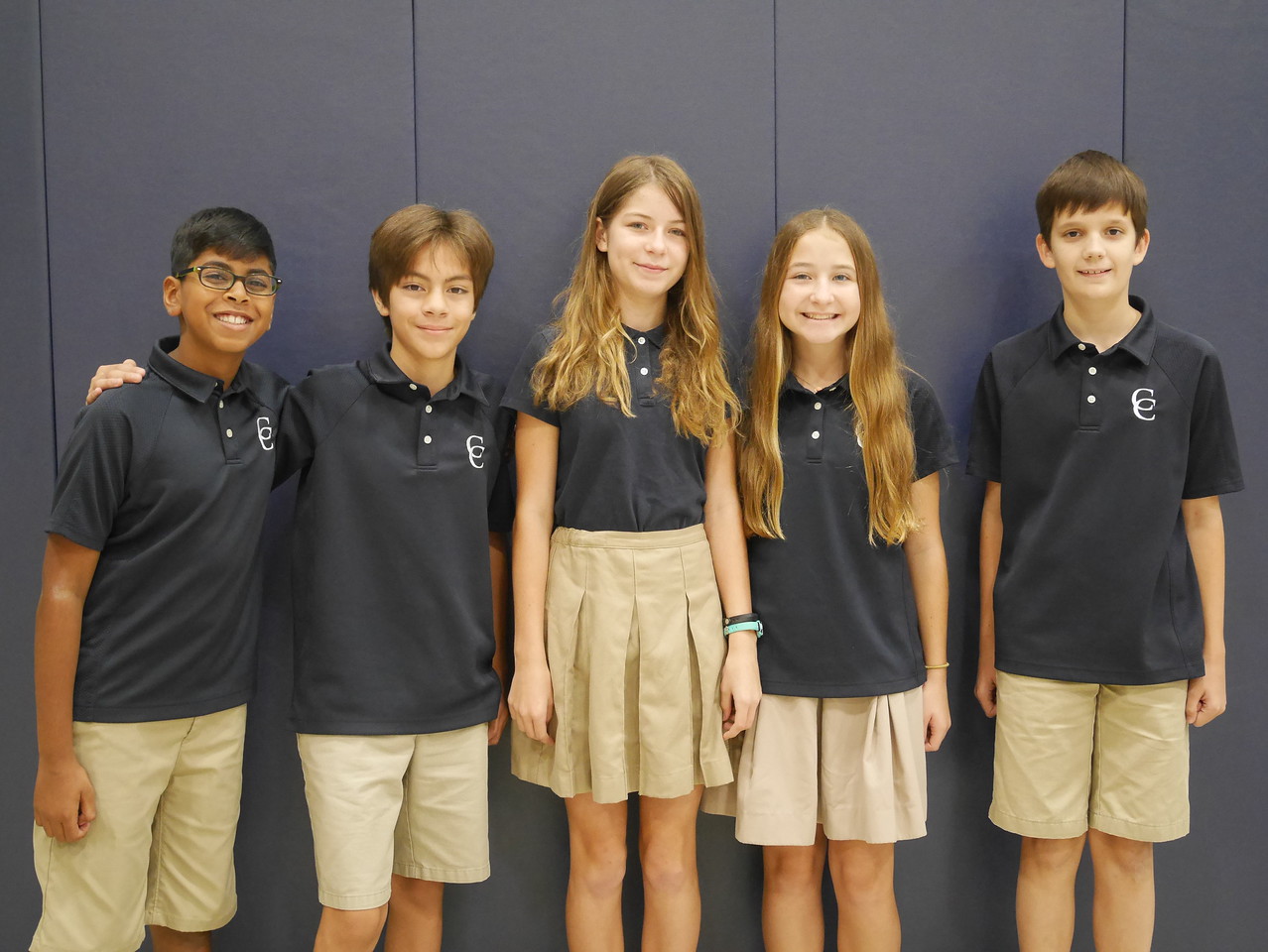 The middle school cross country team wrapped a great season with an end-of-season celebratory lunch last week. All the student-athletes were recognized for their commitment and perseverance throughout the season.

Each runner contributed to the team and improved their running times, with every runner setting a personal best time in the last two races of the season. Gillian Storey finished the season in seventh place overall in the district with a time of 14.06. The team of 11 runners shaved 34.42 minutes off of their times from the beginning of the season to the end. This is an average of over three minutes improvement per runner!

Runners of the Year - Gillian Storey and Jayden Ugarte