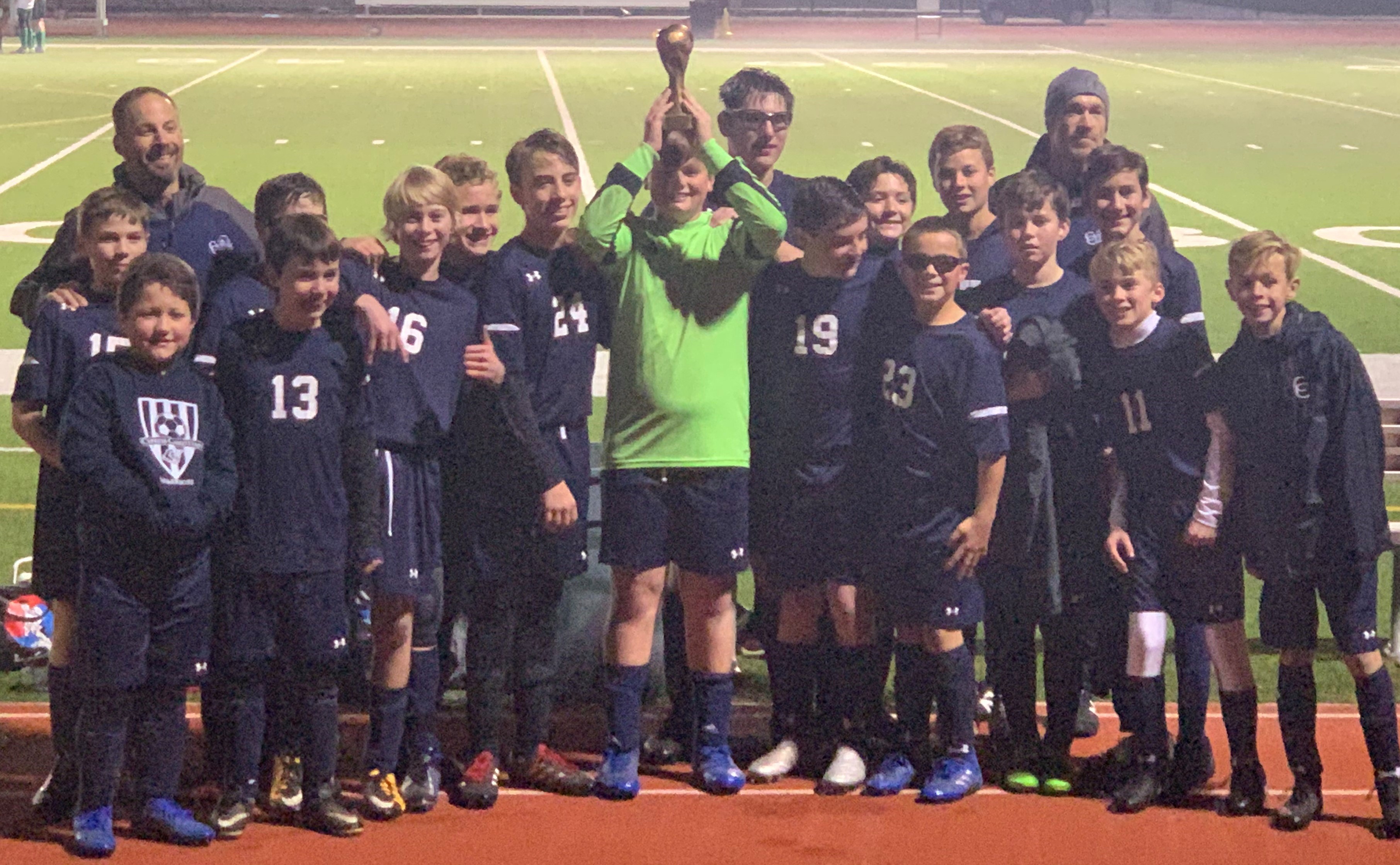 The MS boys soccer team finished their season last Thursday in a nail-biter against their season rivals The Woodlands Christian Academy. In their fourth match-up of the season, our defending district champions worked hard to find their rhythm. Unable to capitalize on some early opportunities, they ended regulation time tied at 0-0. Though out-performing TWCA during the ten-minute golden goal period, the game ended tied and the boys were thrust into PKs. With Zachary Burns, Kyle Leamons and Andrew Cool finding the net, and a couple of big saves by Beckett Swinney, the teams were tied 3-3 with the final shot coming down to CCS's fifth shooter. Adler Smith buried his shot with certainty in the upper left-hand corner of the net, out of reach of the opposing goalie, bringing the grueling match and the season to an end. It was an exciting and rewarding end to a long season and a tremendous amount of work from the team.

The MS Warrior boys soccer team earned their second district championship in two years and finished the season with 9 wins, 2 losses and a tie. Their heartfelt work and dedication, both in practices and games, paid off as all of the team improved in soccer skills and grew stronger as young men with Christian character.

Receiving awards this year for outstanding performances were:

Congratulation to the entire team for an outstanding season!