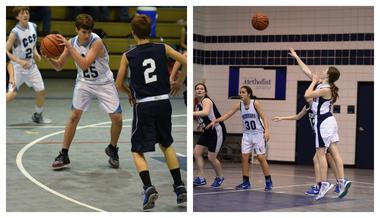 Middle school basketball has enjoyed a great season and is preparing to wrap up district play this week and then compete in the district tournament Jan. 26-28. Currently the boys A team is in first place in the south division, the boys B team is in third and the girls A team is in fourth. These three teams will enter the tournament hoping to advance each game. With a win, the teams move on, but sadly with a loss, their season comes to a close.

However, as the B girls discovered, it is not the wins and losses, but how much improvement was made in the season that counts toward next year. All four teams have improved immensely since October 17 due to good coaching and training. Thanks to Coaches Mason, Foster and Ellis for the work they have done to take these middle school students and turn them into teams. CCS looks forward to seeing how the teams play in the tournament and far into the future.