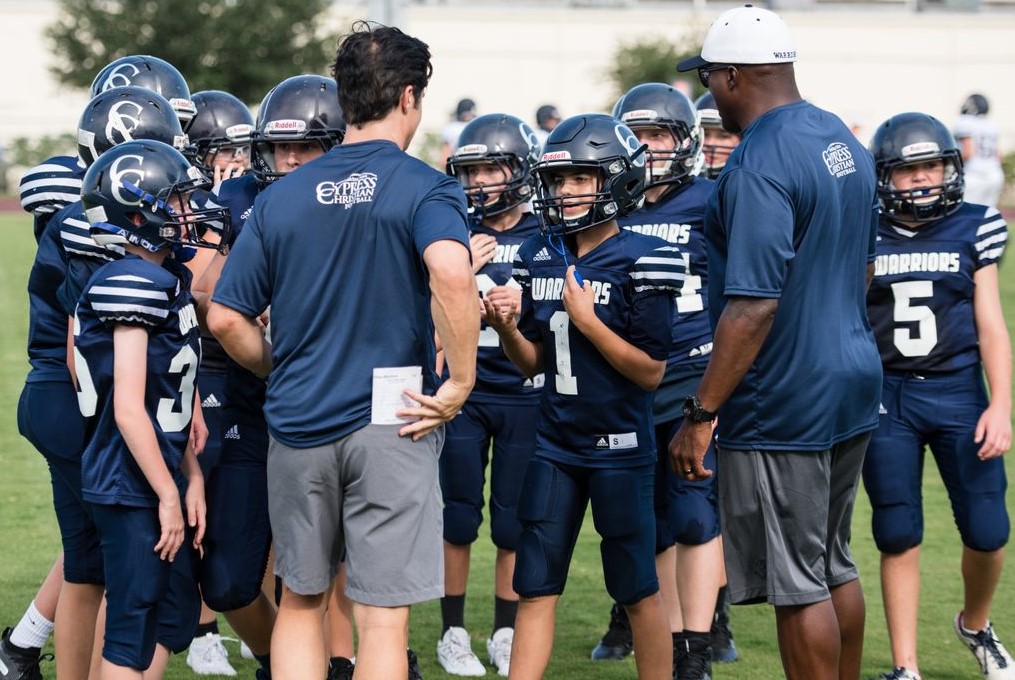 Week five of the middle school football season saw the B team have a strong performance against Western Academy while the A team ended up with a bye week. In the B team game, the scoring came early for the Warriors offense as TJ Smith took a handoff up the middle and was provided excellent blocking as he raced 45 yards to the endzone. Matthew Storey split the uprights with the extra point kick giving CCS an 8-0 lead. The score remained 8-0 as the Warriors received the second-half kickoff and drove down the field with a nice eight-play drive that was capped off with a 16-yard run by TJ Smith as he made several nice moves, avoiding the Western defense on his way to the goal line. The Warrior defense was able to keep the opposing offense in check most of the game. Western did score in the fourth quarter, but the young Warrior team came right back on the second play of the next possession as Smith was handed the ball up the middle again and cut to the right side of the field shedding defenders for a 47-yard touchdown. It was a well-played 22-6 victory and moved the B team’s record to 3 wins and 2 losses on the season.