MS A Baseball are District Champions 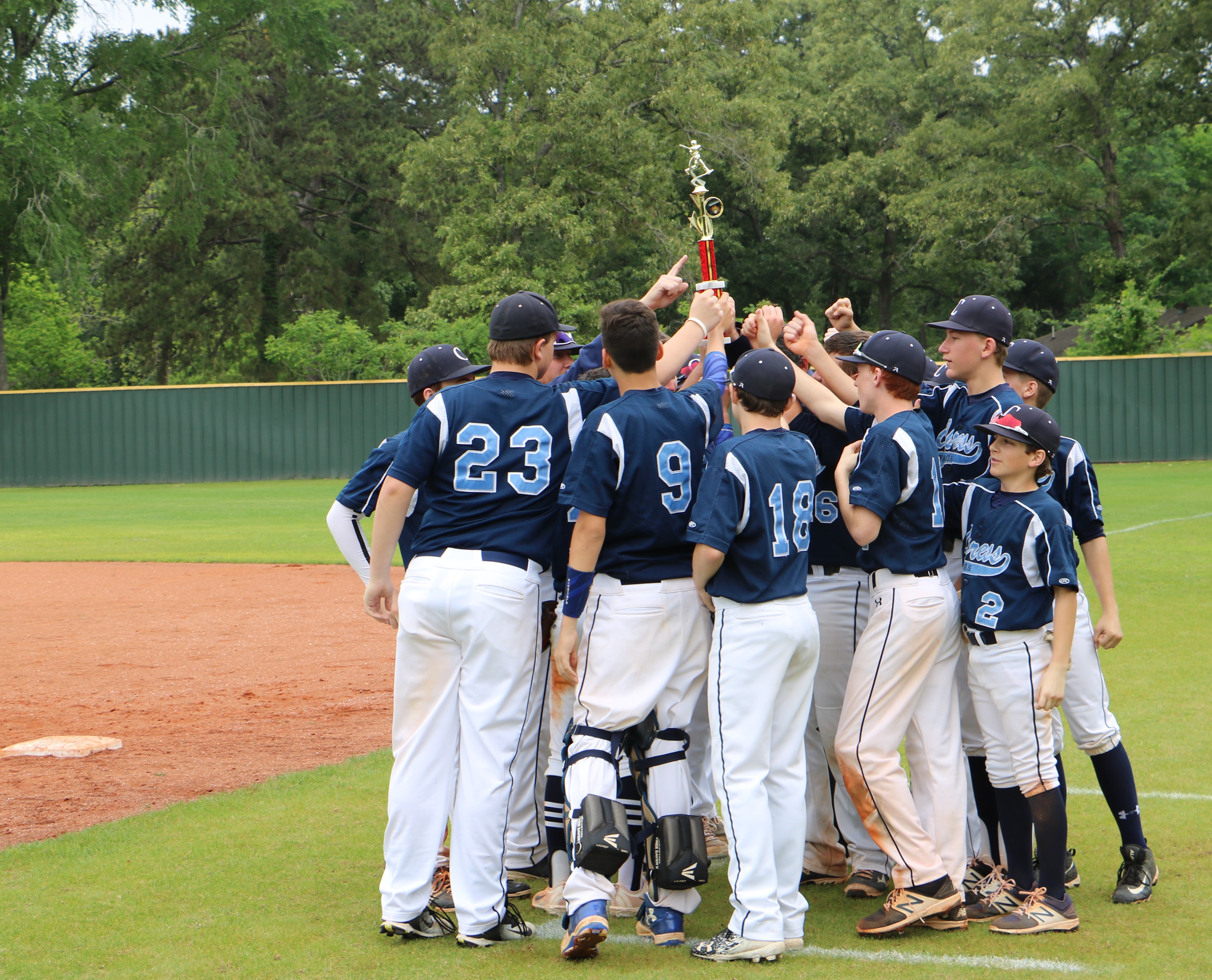 On April 21, the Middle School A team traveled to Rosehill Christian to play for the HAPS District Championship. The Warriors secured a spot in the final game by beating Alpha Omega earlier in the week, 9 - 4. In the early morning fog, the Warriors took the lead in the top of the first and never looked back. They pounded out 12 hits and scored multiple runs in four of the six innings.

With the final score 11-2, the Warriors outscored their final five district opponents a combined 54 - 9. The continued aggression in the batter's box and on the base paths yielded great success throughout the entire season. Warrior pitchers held opponents to four or fewer runs 14 times this season, while the offense produced a double-digit run total 11 times. The coaching staff attributes this success to the "team first" attitude and the consistent work ethic demonstrated by each player.