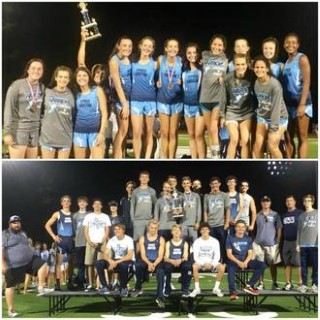 The high school track and field team (girls and boys) had the most successful district meet in CCS history.

On the girls side, there was a girl in every event except for one and personal records were set in each of those events with Susannah Hotchkiss and Sophia Slabic breaking the school record in the 800 (Susannah) and the 1600 (Sophia). The boys had at least one athlete participating in every runnning event except one as well as in three field events.

Both the girls team and the boys team won District Runner-up trophies -  just barely missing out on first place. The coaching staff is so proud of everyone.

The regional track meet will be held this Friday, April 28, in San Antonio, TX.The team is looking forward to another great meet. The top four in each event will advance to the state meet to be held May 4-5 at Baylor University.